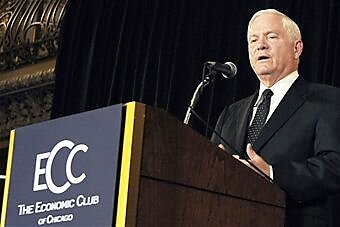 “If the Department of Defense can’t figure out a way to defend the United States on a budget of more than half a trillion dollars a year, then our problems are much bigger than anything that can be cured by buying a few more ships and planes.”
— Defense Secretary Robert Gates, Speech to Economic Club of Chicago, July 16, 2009


— Defense Secretary Robert Gates, responding to suggestions that his new $741 billion budget should be cut, February 2, 2010