Last year I noted that the White House Office of Management and Budget homepage featured a call from the president to “invest in our people without leaving them a mountain of debt.” Yet, the Congressional Budget Office’s analysis of his then‐​current budget proposal showed that publicly held debt as a share of GDP would rise like the steep slope of a mountain under his policies.


The president’s latest budget proposal was released in February, and according to the CBO’s preliminary analysis, Obama would once again leave “our people” with a mountain of debt: 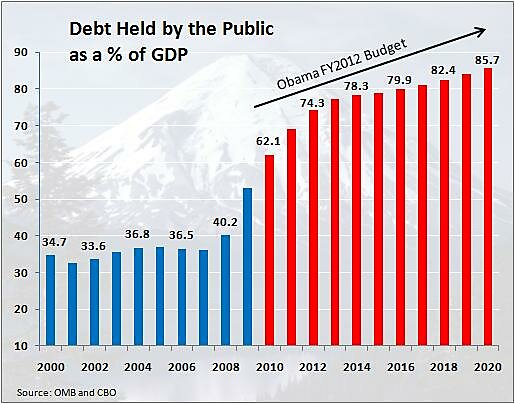 Given that the quote is clearly embarrassing, one would think that the White House would have taken it down by now. But it’s still there.