The Return of the Boogie Man, Zelaya 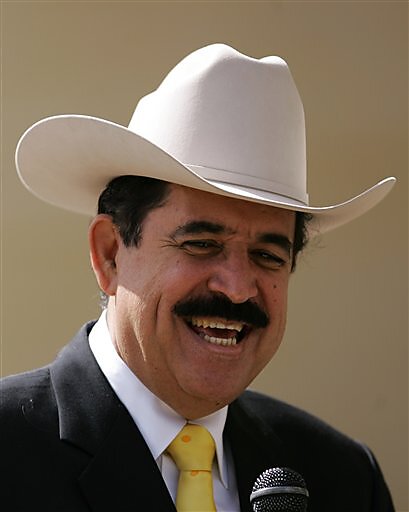 Manuel Zelaya’s return to Honduras is clearly intended to disrupt that country’s presidential election scheduled for late November. The political campaign was taking place in a calm and orderly manner, in full accordance to Honduran law. Panama had already announced that it would recognize the election as legitimate, and it was apparent that sooner or later more countries would make the same decision. Unfortunately, a peaceful and lawful election process in Honduras is not in Zelaya’s interest.


That Zelaya has been aided by Venezuela and its populist allies in the region in his return to Tegucigalpa is unsurprising. What is astounding is Brazil’s deep involvement–allowing its embassy to be used as a base of political operations by Zelaya, counter to international norm. Even more startling U.S. Secretary of State Hillary Clinton’s assessment of Zelaya’s return as a positive development, despite the possibility of violence. The international community is inexcusably crossing the boundaries of diplomacy in dealing with Honduras.