In 1985, Reason Foundation co-founder and then-president Robert Poole heard about a variable road pricing experiment in Hong Kong. In 1986, he learned that France and other European countries were offering private concessions to build toll roads. In 1987, he interviewed officials of Amtech, which had just invented electronic transponders that could be used for road tolling. He put these three ideas together in a pioneering 1988 paper suggesting that Los Angeles, the city with the worst congestion in America, could solve its traffic problems by adding private, variable-priced toll lanes to existing freeways.

Although Poole's proposal has since been carried out successfully on a few freeways in southern California and elsewhere, it is nowhere near as ubiquitous as it ought to be given that thirty years have passed and congestion is worse today in dozens of urban areas than it was in Los Angeles in 1988. So Poole has written Rethinking America's Highways, a 320-page review of his research on the subject since that time. Poole will speak about his book at a livestreamed Cato event this Friday at noon, eastern time.

Because Poole has influenced my thinking in many ways (and, to a very small degree, the reverse is true), many of the concepts in the book will be familiar to readers of Gridlock or some of my Cato policy analyses. For example, Poole describes elevated highways such as the Lee Roy Selmon Expressway in Tampa as a way private concessionaires could add capacity to existing roads. He also looks at the state of autonomous vehicles and their potential contributions to congestion reduction. 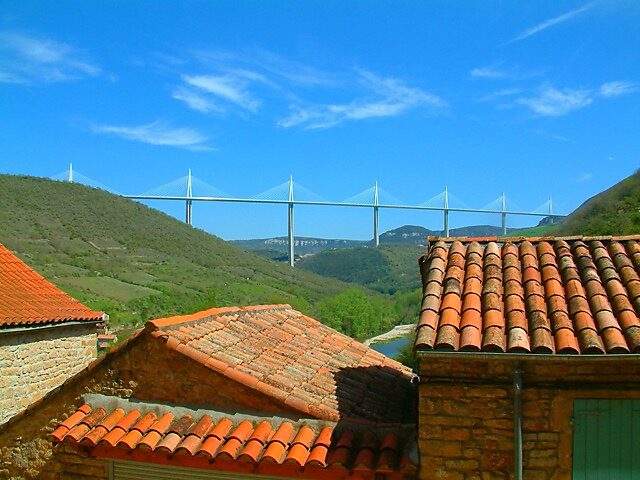 France's Millau Viaduct, by many measures the largest bridge in the world, was built entirely with private money at no risk to French taxpayers. The stunning beauty, size, and price of the bridge are an inspiration to supporters of public-private partnerships everywhere.

Beyond these details, Poole is primarily concerned with fixing congestion and rebuilding the nation's aging Interstate Highway System. His "New Vision for U.S. Highways," the subject of the book's longest chapters, is that congested roads should be tolled and new construction and reconstruction should be done by private concessionaires, not  public agencies. The book's cover shows France's Millau Viaduct, which a private concessioner opened in 2004 at a cost of more than $400 million. Poole compares the differences between demand-risk and availability-payment partnerships -- in the former, the private partner takes the risk and earns any profits; in the latter, the public takes the risk and the private partner is guaranteed a profit -- coming down on the side of the former. 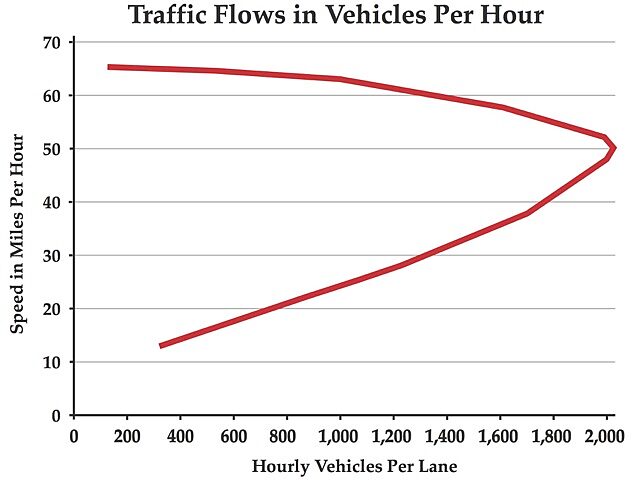 This chart showing throughput on a freeway lane is based on the same data as a chart on page 256 of Rethinking America's Highways. It suggests that, by keeping speeds from falling below 50 mph, variable-priced tolling can greatly increase throughput during rush hours.

The tolling chapter answers arguments against tolling, responses Poole has no doubt made so many times he is tired of giving them. He mentions (but doesn't emphasize enough, in my opinion) that variable pricing can keep traffic moving at 2,000 to 2,500 vehicles per hour per freeway lane, while throughout can slow to as few as 500 vehicles per hour in congestion. This is the most important and unanswerable argument for tolling, for -- contrary to those who say that tolling will keep poor people off the roads -- it means that tolling will allow more, not fewer, people to use roads during rush hours.

Despite considerable (and uninformed) opposition to tolling, an unusual coalition of environmentalists and fiscal conservatives has persuaded the Oregon Transportation Commission to begin tolling Portland freeways. As a result, Portland may become the first city in America to toll all its freeways during rush-hour, a goal that would be thwarted if conservatives insisted on private toll concessions.

Tolling can end congestion, but Poole points out that this isn't the only problem we face: the Interstate Highway System is at the end of its 50-year expected lifespan and some method will be needed to rebuild it. He places his faith in public-private partnerships for such reconstruction.

Tolling and public-private partnerships are two different questions, but of the two only tolling (or mileage-based user fees, which uses the same technology to effectively toll all roads) is essential to eliminating congestion. It is also the best alternative to what Poole argues are increasingly obsolescent gas taxes. Anyone who talks about congestion relief without including road pricing isn't serious about solving the problem. Poole's book should be required reading for all politicians and policymakers who deal with transportation.