I look forward to the day when the Cato Institute does a blog post denouncing each and every publicly financed parking lot or garage in the United States of America.

I’ll take that bait…sort of…


I denounce each and every federally financed parking lot or garage in the United States of America on non‐​federal property. I’m one of those quaint individuals who recognizes that the Constitution grants the federal government specific enumerated powers. Using federal tax dollars to finance local parking garages, lots, bike centers and racks is not one of the powers granted to the federal government. So let me rephrase my statement from yesterday: Look, I harbor no animosity against [car drivers], but under what authority — legal or moral — does the federal government tax me in order to build [parking garages or lots] for parochial, special interests?


By the way, for an excellent study on the problems with federal subsidies to state and local government, please see my colleague Chris Edwards’ “Federal Aid to the States: Historical Cause of Government Growth and Bureaucracy.”


I know so‐​called “progressives” like Yglesias don’t lose sleep over how much money the federal government spends, but $4 million to park a hundred or so bikes? As Chris Moody noted to me today, if bike security is the major issue, why not pay a guard $12 an hour to stand watch? 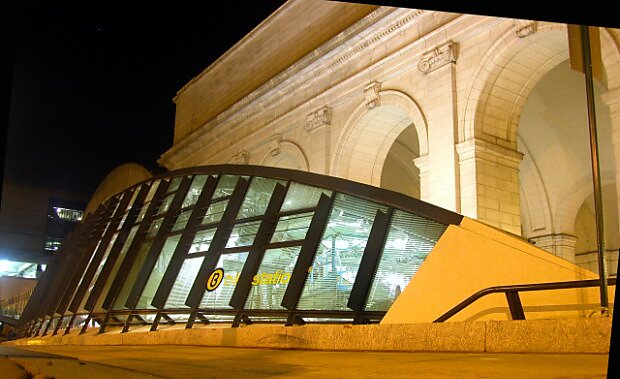 Isn’t it possible, just possible, that a bike center with even more racks could have been built for a lot less? Isn’t that the question that people like Yglesias, who want more people on bikes and less in cars, should be asking?


I don’t see anything inherently governmental about building and operating parking garages or bike centers. The absolutely sorriest, most poorly run parking garage system I’ve ever experienced is the one managed by the State of Indiana where I used to work. I recall an overcrowding situation — exacerbated by lousy management — in which the solution put forward was to just build another garage. Hey, someone else is going to pay for it so who cares, right? I often tell people that young libertarians should spend a couple years working in the bowels of government in order to reinforce their belief system with hands‐​on experience. I’m starting to think “progressives” and other unwavering fans of all‐​things‐​government should do the same.