The Resilience of an American Pika Metapopulation to Global Warming

The American pika (Ochotona princeps) is an insanely cute critter often found in above-timberline rock fields in the western U.S. 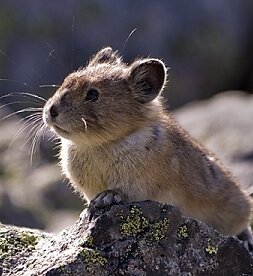 Because they often live near mountain peaks, there’s been concern that global warming could push them over the top, to extinction. Writing in the Journal of Mammalogy, Smith and Nagy (2015) state that American pikas (Ochotona princeps) “have been characterized as an indicator species for the effects of global warming on animal populations,” citing the works of Smith et al. (2004), Beever and Wilkening (2011) and Ray et al. (2012). Indeed, as they continue, “a consideration of the effects of climate, primarily recent warming trends due to climate change, has dominated much of the recent literature on American pikas and their persistence.” Hoping to provide some additional insight on the subject, the two Arizona State University researchers set out to investigate the resilience of a pika metapopulation residing near Bodie, California, USA, that was exposed to several decades of natural warming.

The investigation, which Smith and Nagy characterized as “the longest study of any pika species,” focused on the Bodie metapopulation for two primary reasons. First, it is “situated at the warmest locality of any longitudinal study of the American pika.” As such, its area of habitat is comparatively warm and fully capable of inducing warm temperature stress. Second, the population has been well-studied, having been censused (for patch occupancy data) several times since the early 1970s. Given these two characteristics of the Bodie metapopulation (location and well-studied) the two researchers were able to test for a relationship between pika extinctions/recolonizations and chronic/acute temperature warming. So what did their analysis reveal?

With respect to chronic temperature warming, Smith and Nagy report that despite a relatively high rate of patch (islands of pika-suitable habitat) turnover across the study location, there was “a near balance” of pika patch extinctions and recolonizations during the past four decades of intense data collection (see figure below). Furthermore, a series of statistical analyses that were performed on the patch turnover and historic temperature data revealed there was “no evidence that warming temperatures have directly and negatively affected pika persistence at Bodie.” In fact, the only significant correlation they found among these two parameters occurred between mean maximum August temperature and the number of pika recolonizations the following year, which correlation was positive, indicating that higher August temperatures lead to a greater rate of pika recolonization the next year, a result which the authors describe as “in the opposite direction of the expectation that climate stress inhibits recolonizations.” 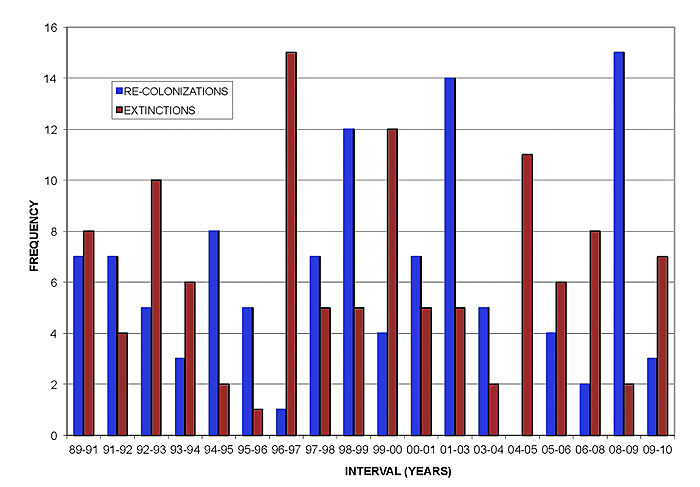 Taken together, the above findings demonstrate that the Bodie metapopulation of American pikas is “resilient at the individual (Smith, 1974) and population scales” to both chronic and acute temperature warming, and has “been so for at least 60 years.” And, as an “indicator species” for the effects of global warming on animal populations, the future for American pikas and other animal species looks bright!