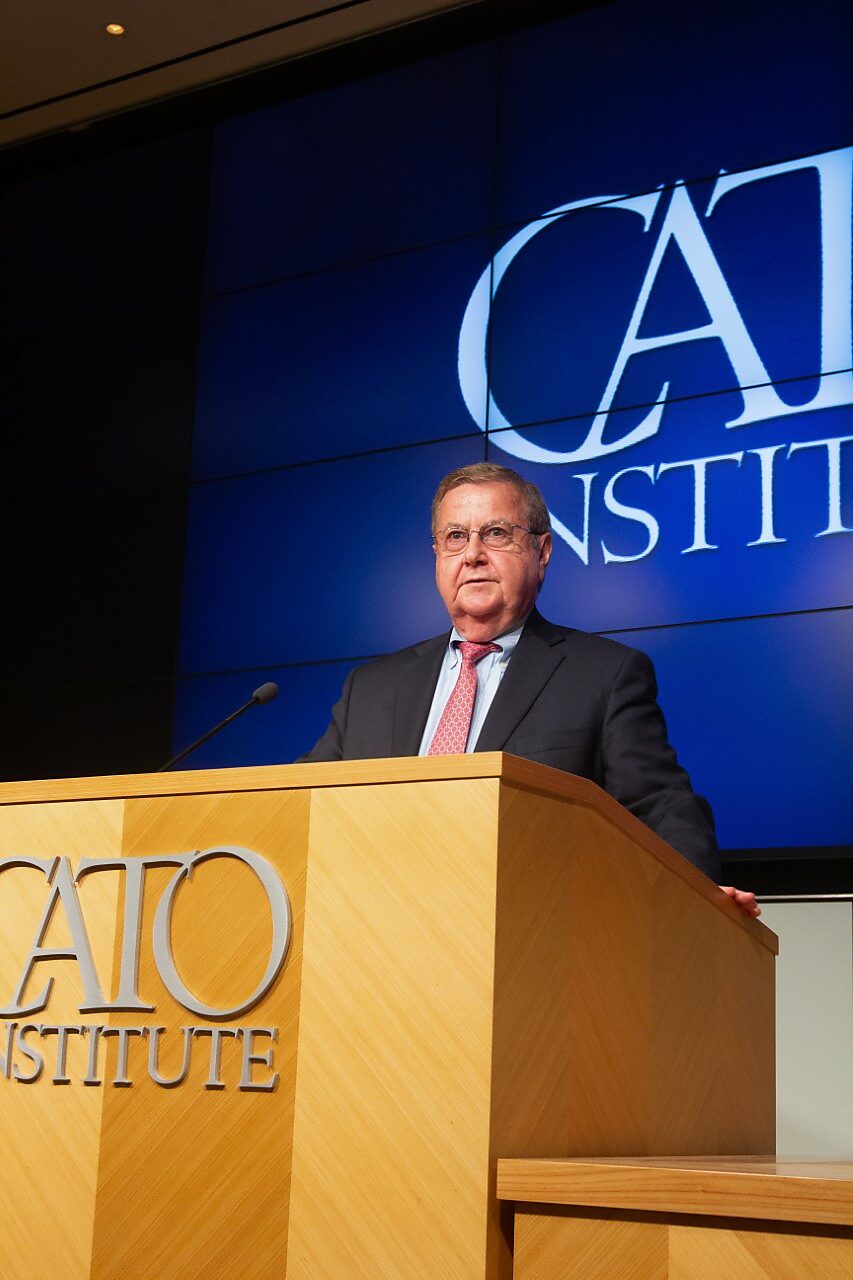 Our entire Cato community is deeply saddened by the passing of Donald G. Smith. Don was a longstanding member of Cato’s board of directors, a generous benefactor of the Institute, and a great champion of liberty. But above all, he was a dear friend to so many of us.

We’ve known few who have been as dedicated to advancing liberty as Don. A brilliant investor who formed his own firm, Donald Smith & Co., in 1980, Don placed his success squarely in the service of human freedom. He was an important partner of not only the Cato Institute, but many organizations working to create a freer America and a freer world.

Don believed deeply in the compelling ideas of liberty, and his special interest was in spreading these ideas both near and far. For decades the Smith Family Foundation has generously supported Cato’s outreach efforts and events in New York City, in the belief that these efforts are essential to bringing the message of liberty to new audiences. Last week was the first time anyone can remember that Don missed one of these events.

Don’s ingenuity and generosity have helped the Institute ignite a growing interest in freedom among the youth of Latin America for the past ten years. And we will never forget the photos of “freedom buses” trundling along roads in Turkey and Kyrgyzstan and Brazil, which brought the ideas of liberty to every corner of the globe—made possible by the Smith Family Foundation. Don helped Cato host conferences across the world, from Tbilisi, Georgia, to Crimea, to Guatemala, to our Cato University events throughout the United States. He supported our biennial Milton Friedman Prize, which honors an individual who has made a significant contribution to advance human freedom. And only this past summer, the Smith Family Foundation’s support was instrumental in a successful new program to engage educators across the spectrum in sorely needed efforts to restore America’s civic culture. These are but a few examples of his incredible legacy. Helping others was always Don’s priority—he was known to fly coach and take the bus on long trips, saying he would rather use those savings to donate to worthy causes.

But Don was so much more than a financial supporter. He was the epitome of an engaged and valuable board member, serving as a director of the Institute since 2006. Whether at board meetings, in his office, or over dinner, we never met when he did not give us criticism, suggestions, or encouragement. His thoughtful dedication and engagement have been invaluable to Cato as an institution, and to the overall effort to advance liberty.

Most of all, we will remember Don for his gracious good humor and friendship—and this is what we will miss more than anything in the days and years ahead. We offer our sincerest sympathy to Don’s family and closest friends.