A new poll from the Washington Post and the Kaiser Family Foundation looks at independent voters, the voters who presumably will decide this year's election. The poll finds that about a third of all voters call themselves independents. But "nearly two-thirds of Americans who describe themselves as independents act very much like partisan Republicans or partisan Democrats." Another quarter are "detached," with a low interest in politics and unlikely to vote.

Which leaves 13 percent of the independents, or about five percent of the total electorate, to be designated by the Post's Jon Cohen and Dan Balz as "Deliberators," people genuinely open to candidates of both parties. And the following figure reveals some pretty interesting things about them. They're virtually all registered to vote, they insist that they really do vote for candidates of both parties, and only about 60 percent currently plan to vote for either Obama or Romney. They're highly dissatisfied with today's political system.  And look at the next  two lines under "Issues": 64 percent support "smaller government with fewer services," and 63 percent favor gay marriage. The former position, of course, puts them closer to Republicans, and the latter closer to Democrats. These are the true swing voters, and they might well be described as fiscally conservative and socially liberal. 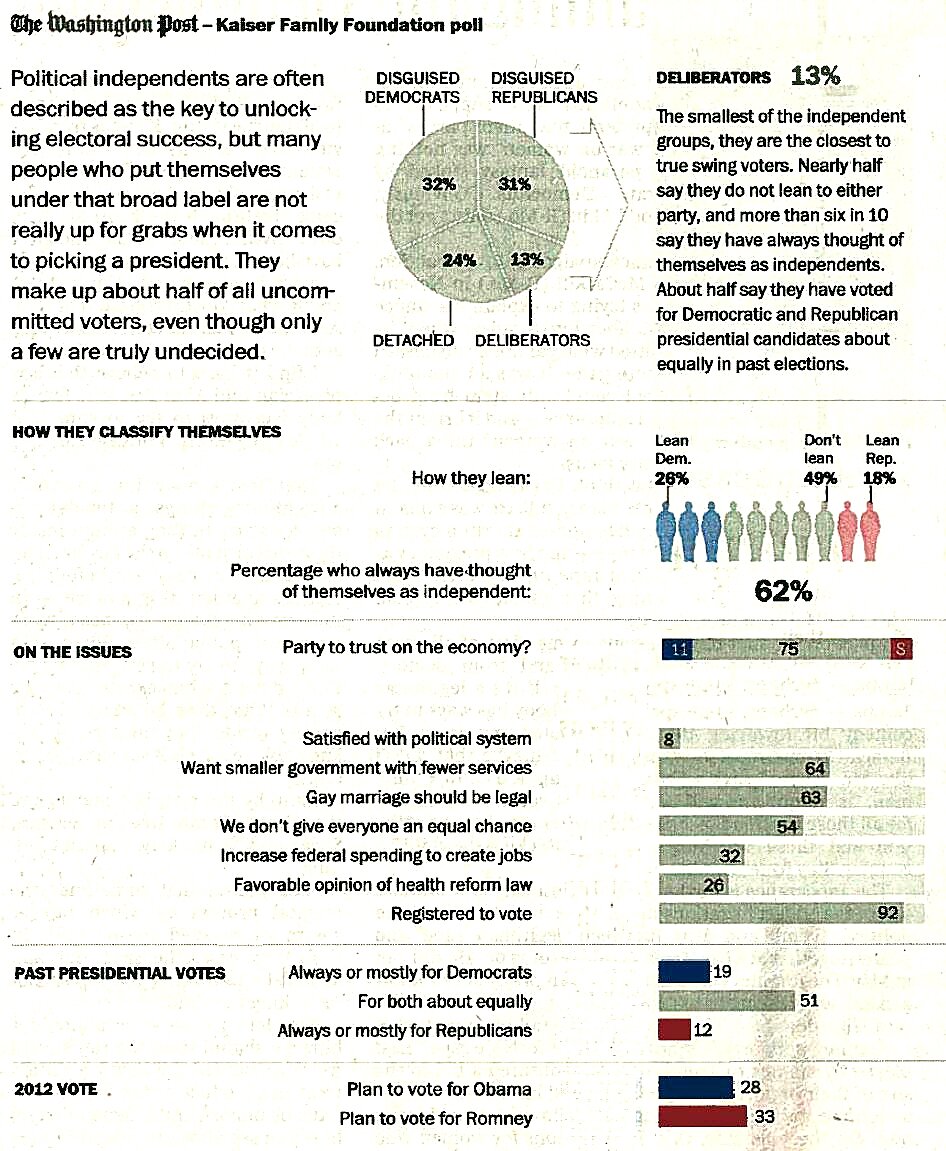 Note: This chart was extracted by Carlos Goes from a larger one published on page 16 of the August 21 Washington Post, but apparently not published online.