Sen. Rand Paul (R-KY) has released a detailed plan that would balance the federal budget in five years. Paul’s plan would achieve balance by halting and reversing the historic rise in federal spending. Taxes would not be increased, but revenues would steadily increase as the economy recovers. 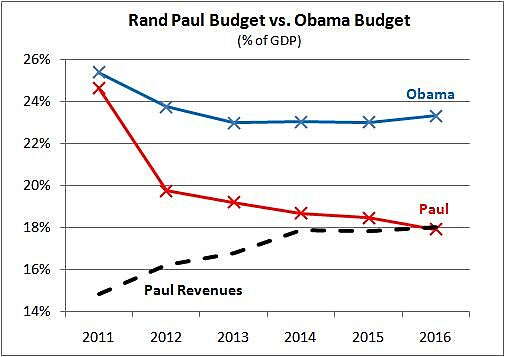 While Obama intends to continue spending at a historically high level, Paul would reduce spending as a share of the economy. Paul takes the scalpel to all areas of federal spending, including discretionary, defense, and mandatory. However, it is not a radical plan. In fact, it’s a practical, common sense budget that recognizes that the federal government’s growth has become unsustainable, and thus a threat to our economic well‐​being and future living standards.