Peter Funt, son and heir of Candid Camera creator Allen Funt, wrote in 2008 that the West Wing writers were in touch with Obama strategist David Axelrod as they created the Santos character, who was sort of a “test market” to “soften up millions of Americans for the task of electing the first minority president.” And he noted that Obama’s staffers “especially like the ending” of the West Wing plot, in which Santos narrowly defeats Vinick. 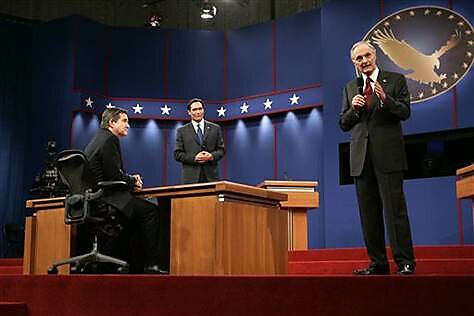 But Funt left out the part that might make Paul supporters optimistic. After the libertarianish Vinick got the Republican nomination, former Democratic strategist Bruno Giannelli (Ron Silver) went to him and told him that with his image he could win a landslide victory: You, he said, “are exactly where 60 percent of the voters are: Pro‐​choice, anti‐​partial birth, pro‐​death penalty, anti‐​tax, pro‐​environment and pro‐​business, pro‐​balanced budget.”Now, that’s not exactly Rand Paul’s policy portfolio. But Paul’s positions similarly cut across partisan divides and just might appeal to that same 60 percent majority.


The high point of the West Wing campaign was a debate that broke the rules of both presidential debates and television drama: The “candidates” threw out the usual formal debate rules and just questioned each other, and the actors improvised their questions and answers on live television from a partially written script. They actually did two live performances that night, for the East Coast and the West Coast.

In the debate, Vinick showed those center‐​libertarian colors against Santos’s tired old big‐​government liberalism dressed up in appeals to hope. The morning after that debate aired on NBC, libertarian‐​leaning Republicans told each other, “if only a real candidate could articulate our values as well as a liberal actor did!”


Asked about creating jobs, Vinick declared, “Entrepreneurs create jobs. Business creates jobs. The President’s job is to get out of the way.”

I don’t trust politicians to choose the right new energy sources. I believe in the free market. You know, the government didn’t switch us from whale oil to the oil found under the ground. The market did that. And the government didn’t make the Prius the hottest selling car in Hollywood. That was the market that did that. In L.A. now, the coolest thing you can drive is a hybrid. Well, if that’s what the free market can do in the most car‐​crazed culture on Earth, then I trust the free market to solve our energy problems. You know, you know, the market can change the way we think. It can change what we want. Government can’t do that. That’s why the market has always been a better problem‐​solver than government and it always will be. 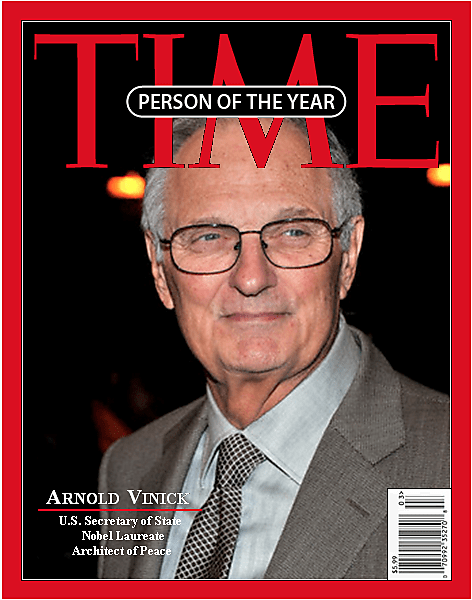 And after the debate, a Zogby poll found that even among the young, liberal‐​skewing viewers of The West Wing, Vinick had crushed Santos. Before the episode, viewers between 18 and 29 preferred Santos over Vinick, 54 percent to 37 percent. But after the debate, Vinick led among viewers under age 30, 56 percent to 42 percent. Republicans can only dream of such numbers–unless maybe they try sounding like Arnie Vinick.


West Wing producers were taken aback by the reactions of real live “voters” to their real live debate. After seven years of heroically portraying the honest, decent, liberal President Jed Bartlet–-an idealized Bill Clinton who wouldn’t take off his coat, much less his pants, in the Oval Office–-they weren’t about to let a crotchety old Republican beat their handsome Hispanic hero. So they conjured up a meltdown in a nuclear power plant that Vinick had supported, and Santos won the election.


If only the Republicans could nominate another Arnie Vinick, with strong convictions and appeal to independents–and there’s no nuclear meltdown–they might just find a majority in a presidential election.