Quebec Is NOT for Lovers… of Freedom 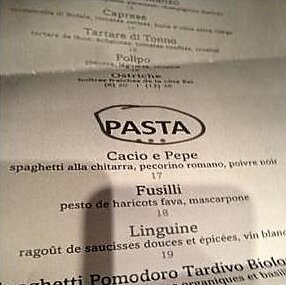 I was born and raised in Québec, love the city of Montréal, and remain fond of the French language, but I found it much easier to leave the province half‐​a‐​lifetime ago because of things just like this:

One of Montreal’s hip restaurants on St. Laurent Boulevard has caught the eye of the language police.


Buonanotte was paid a visit recently by the people at the Office Quebecois de la langue francaise. They followed up with a written complaint about a couple of words on the Italian restaurant’s menu. One being “pasta”, the other “bottiglia” to indicate its wine selection by the bottle.


It seems these words are violations to Bill 101 because there are no French words describing what they mean.

Yes, there are better ways of discouraging the tourism of freedom‐​loving Canadians and Americans, but this will do quite well.


Almost as offensive as the trampling of free speech is the insulting assumption that Montrealers who patronize “hip” Italian restaurants are unfamiliar with the word “pasta” and cannot deduce the meaning of “bottiglia”… when it appears at the head of a wine list.


That such petty villany against liberty can be perpetrated in Canada is due to the “notwithstanding clause” of its Charter of Rights and Freedoms—Canada’s equivalent to the U.S. Bill of Rights. In essence, it allows provincial governments to abrogate “fundamental” rights “guaranteed” by the Charter (and to quote Pricess Bride, I don’t think they know what those words mean).


It’s hard enough defending individual liberty in a nation whose most basic laws expressly protect it. How much more difficult it must be in a nation where they don’t.…