A Project That’s No Longer Needed

A proposed new 2‐​mile transit line connecting LaGuardia Airport with the New York subway system will cost $2 billion, make traffic congestion worse, dump 87,000 metric tons of greenhouse gases into the atmosphere, and probably isn’t necessary due to the pandemic. The first three conclusions come from a draft environmental impact statement (DEIS) released last week by the Federal Aviation Administration, while the fourth is based on the huge changes in transportation habits that have already taken place as a result of the pandemic. 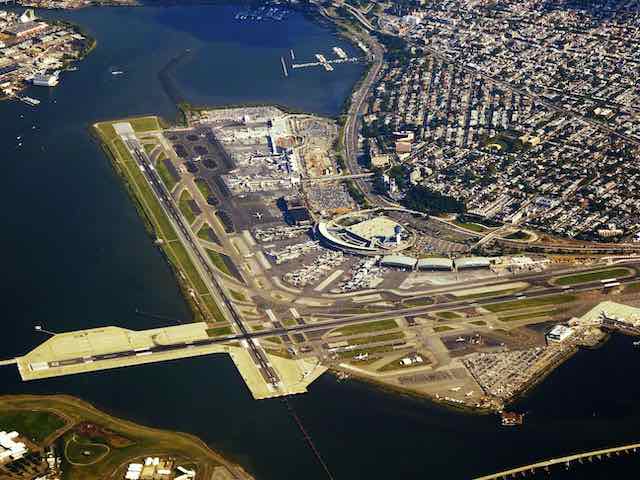 According to the environmental impact statement, the new transit line, which would be an automated people mover, is needed primarily because of “increasing and unreliable travel times” to the airport as a result of traffic congestion. A survey of air travelers conducted by the Port Authority of New York & New Jersey (which runs the airport) found that slightly more than half of air travelers took taxis or ride‐​hailing services to the airport, another 36 percent took a car, and close to 6 percent took courtesy shuttles. Only 6.2 percent took mass transit.

How well does getting 3.9 percent of people out of their cars and onto transit relieve congestion? According to the traffic analysis conducted for the DEIS, it doesn’t. The analysis modeled traffic at a variety of intersections and highways around the airport and found that building the people mover would result in more intersections and roads whose traffic would be rated E (which is really crowded) or F (which is near‐​gridlock) than if the line isn’t built. So it fundamentally fails to meet its primary purpose, which is to relieve congestion.

Page 3–49 of the DEIS projects that constructing the people mover would produce 86,836 tons of carbon‐​dioxide‐​equivalent greenhouse gases. According to page 3–50, the Federal Aviation Administration estimates that the people mover would reduce driving enough to save a little over 6,000 tons of greenhouse gas emissions per year, meaning the construction cost would be recovered by the savings in a little over 14 years. However, this assumes travel patterns prevalent before the pandemic, which is unlikely. It also assumes that automobiles in the future will emit as much greenhouse gases as they do today, which is also unlikely given the growth of electric and other more‐​fuel‐​efficient cars.

We don’t yet know exactly how the pandemic is going to affect long‐​distance air travel. But it is practically certain to reduce short‐​distance air travel. People who were on the fence between flying and driving short distances are likely to decide that taking a personal vehicle is safer than using a crowded airport and crowded planes. 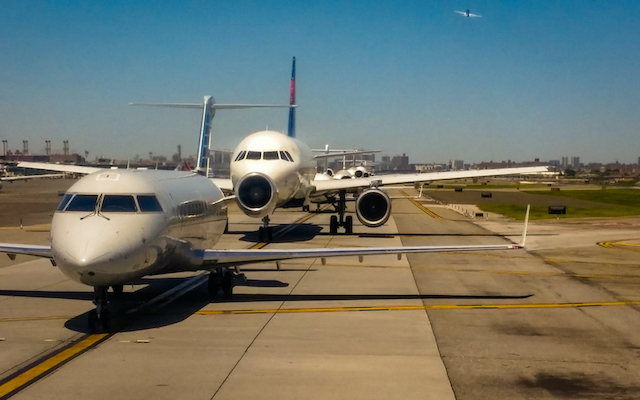 A disproportionate share of travel from LaGuardia is on smaller planes going shorter distances.

Of New York’s three main airports — LaGuardia, JFK, and Newark — LaGuardia is the one that mainly serves shorter flights. JFK is mainly for international flights and Newark does more transcontinental flights, while LaGuardia has no flights to cities west of Denver. While few people are likely to substitute driving for flying to Denver, many may substitute driving for flying from, say, New York to Burlington, Charlotte, Richmond, or other destinations less than 400 or so miles away. That means the pandemic will have greater long‐​term effects on LaGuardia than on New York’s other two airports, which is a major strike against building the people mover.

Comments on the DEIS must be submitted to the FAA by October 5. Given that the DEIS predicts that the project will fail to achieve its primary purpose of relieving congestion, the people mover made no sense even before the pandemic. But given the pandemic, this is a classic example of a project that should be shelved until we can get better information on how people’s travel habits will change in the long run.