Last week’s Private School COVID-19 Permanent Closure Tracker prompted several people to send reports of closing schools that we had not previously captured, and one additional closure was announced after we published. We have also added enrollment numbers to our list so that we can track the number of students who are being displaced. Given the influx of schools and new enrollment column, we are publishing a special Monday update.

The list now has 26 schools with a total enrollment of 5,217. Were all of these students to go to public schools, and had none been part of publicly connected school choice such as voucher programs or scholarship tax‐​credits, the new cost to the public purse would be approximately $80,000,000 ($15,424 per student multiplied by 5,217). This is a rough estimate – some of these students may have attended their current school using a choice program such as a voucher; different kids have different needs and hence require different levels of resources; etc. 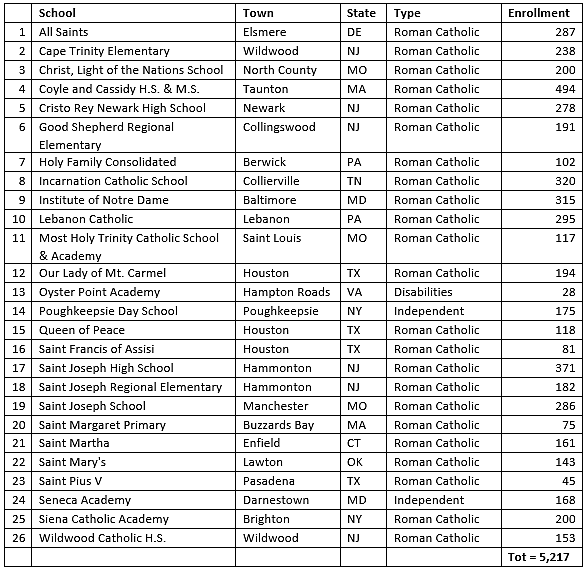 Enrollment data come from Niche​.com and may be revised as better data come available. As always, the list is expected to grow as schools learn more about the impact of the economic downturn on enrollment and income for the coming school year. We will ordinarily post an update on Cato’s blog every Friday, but if the list reaches 100 schools we may transition to an online, searchable format. You can contact CEF director Neal McCluskey if you need more current numbers, if you know of permanent closures not on the list, or if you believe schools have been listed by mistake. We also welcome suggestions for improving the list.