Last week Cato’s Center for Educational Freedom posted the first list of private schools across the country that have announced that they are permanently closing their doors because the COVID-19 economy has made it financially impossible for them to continue operating. This week the list includes 18 schools, up from 11 last week. Note that rather than representing new announcements from the previous week, almost all of the additional schools are closings that were announced before the first list was published but were brought to our attention afterward. 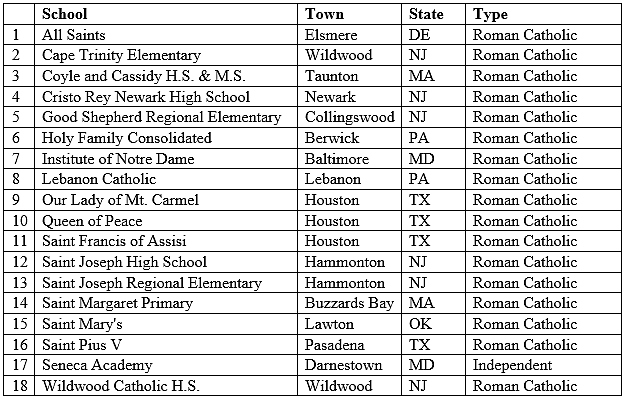 Note also that the closure of 10 schools in the Catholic Archdiocese of Newark, New Jersey, were announced last week – 9 diocesan schools and the archdiocesan‐​sponsored Cristo Rey Newark High School. None of the diocesan schools appear on the list because the decision to close them was made prior to COVID-19. The decision to close Cristo Rey Newark, however, was made at least in part because the COVID economy has likely rendered the school’s financial model unsustainable.

The list is expected to grow as schools learn more about the impact of the economic downturn on enrollment and income for the coming school year. As a reminder, we will post an updated list on Cato’s blog every Friday, but if the list reaches 100 schools we may transition to an online, searchable format. You can contact CEF director Neal McCluskey if you need more current numbers, if you know of permanent closures not on the list, or if you believe schools have been listed by mistake. We also welcome suggestions for improving the list.