The president released his budget request this morning. As expected, his plan is heavy on new spending and new taxes, and very light on structural reforms.

Overall, the president says that he would collect $2.994 trillion more in revenue from 2016 to 2025 than the Congressional Budget Office (CBO) baseline projections. He would also spend $1.028 trillion more during that same time frame. 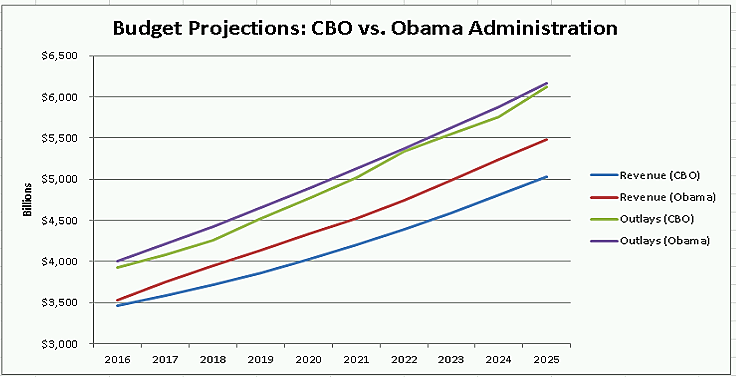 The excess revenue would result in slightly smaller deficits than the CBO projected during this period. The president’s budget predicts that debt held by the public will equal 73.3 percent of gross domestic product in 2025, compared to 78.7 percent projected by the CBO.

Here are some of the president’s proposals: