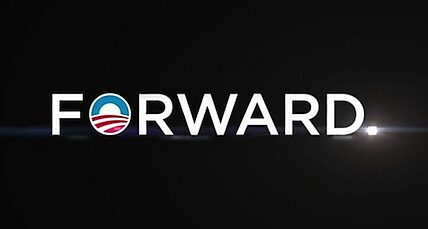 The 2012 presidential election was long, but thankfully it’s over. Promoting liberty is a long‐​run strategy, and perfect policies are not adopted overnight. Thus we should celebrate when society makes incremental progress in the right direction, and help course‐​correct when society gives in to the tempting calls of coercion and mandates to get its way. Ultimately it’s freedom, not government mandates and laws, that truly move us forward.


At the state level, there were several wins for property rights and contract law. Contract law moved forward as Maine, Maryland, and Washington state expanded contract rights to include same‐​sex marriage. This is significant because it is the first time that voters rather than lawmakers or courts extended these rights. Minnesota voters also rejected a proposed state constitutional amendment that would have defined marriage as a heterosexual union. (Previously, voters in more than 30 states have approved constitutional bans on gay marriage.) Perhaps President Obama’s “evolution” on this issue helped move it forward.


Colorado and Washington enhanced property rights as they became the first states to legalize marijuana for recreational use. This will help put pressure on highly ineffective and destructive federal law that currently classifies cannabis as an illegal narcotic. This demonstrates the power and importance of federalism—allowing states to have different laws than the federal government—to help move other states and the federal government forward. If it weren’t for federalism, we’d probably have to wait until the central government in Washington woke up to the realization that the drug war has been a failure.


In a win for taxpayers, Michigan voters defeated, 58% to 42%, a state constitutional amendment that would have prohibited the legislature from ever enacting a law that would curb the powers of public employee unions. Had the amendment passed, it would have enshrined the inherent conflict of interest that exists between public sector unions and the elected officials they help to elect who also negotiate their pay; Wisconsin‐​style reforms would not be possible.


Despite the hopes of the Washington Post, Virginians passed, 82% to 18%, a state constitutional amendment that further bolsters property rights in the state. The amendment was in a direct response to the controversial Kelo v. City of New London Supreme Court decision that allowed government to seize private property and then award it to another private entity. The amendment prohibits property takings for private enterprise or economic development, restricting takings to public use. It also increases the amount the state government may have to compensate property owners in eminent domain cases, disincentivizing eminent domain further.


Although the pundits will continue to debate for weeks the primary reasons for President Obama’s reelection, one important reason he won was by preaching the politics of inclusivity:

It doesn’t matter whether you’re black or white or Hispanic or Asian or Native American or young or old or rich or poor, able, disabled, gay or straight, you can make it here in America if you’re willing to try.

Inclusivity is a winning strategy. Unfortunately, and ironically, exit polls reveal this was one of the most polarized electorates. Rather than President Obama winning modest margins across all different demographic and political groups, he won big among some and Romney won big among others.


Obama’s good intentions notwithstanding, his “Forward!” policies are unlikely to deliver on their promises of upward economic mobility or inclusivity. However, the principles of freedom can and do bring people together because it does not require the force to take from one to give to another: it offers all individuals the equal opportunity to be free. And as it turn out, this equal opportunity to be free unleashes the ingenuity of human potential as individuals strive to pursue their happiness, driving real progress of economic growth, technological advancement, and social tolerance


It has been left to libertarians to explain concretely and specifically how expanding individual freedom, not government mandates and rules, helps each and everyone one of us personally and thus as a society as a whole. Freedom is what truly moves all of us forward.


A version of this blog post appeared at Rea​son​.com