Politics Is Better as Fiction 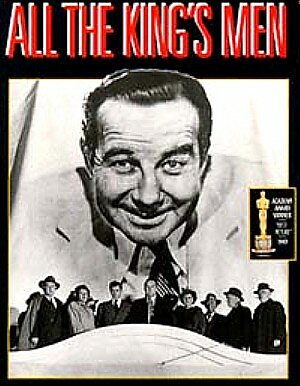 If the season's got you thinking cynically about politics and politicians, TCM has the movies for you. It's running a series all this month called "American Politics on Film." You've missed classics like "A Face in the Crowd," but there's still time to catch "All the King's Men" this Thursday night, about a Southern reformer who becomes corrupted by power, and "All the President's Men" on Friday night, about an ambitious Westerner who was probably corrupt long before he got power. Also on Friday night: "Advise and Consent" and "Seven Days in May," made from the great political novels of the 50s and 60s. Whatever happened to great political novels, anyway?