The Philadelphia school district is in a near-constant state of financial crisis. There are many factors contributing to this sorry state--particularly its governance structure--but it is compounded by fiscal mismanagement. One particularly egregious example is paying six-figure salaries to the tune of $1.5 million a year to "ghost teachers" that do not teach. Pennsylvania Watchdog explains:

As part of the contract with the School District of Philadelphia, the local teachers union is permitted to take up to 63 teachers out of the classroom to work full-time for the Philadelphia Federation of Teachers. The practice, known as “release time” or “official time,” allows public school teachers to leave the classroom and continue to earn a public salary, benefits, pension and seniority.

These so-called ghost teachers perform a variety of jobs for the PFT, serving as either information officers for other teachers or carrying out the union’s political agenda.

“Teachers should be paid to teach,” attorney Kara Sweigart, who is arguing ghost teacher lawsuits for the Fairness Center, a free legal service for employees who feel they’ve been wronged by their unions, told Watchdog.

“At a time when school districts are hurting financially, districts should be devoting every tax dollar to support students,” she said, “not to pay the salaries of employees of a private political organization.”

According to public salary data available through Philadelphia city agencies, the school district is paying 16 ghost teachers $1.5 million this year. All of them are making at least $81,000.

PFT Vice President Arlene Kempin, who has been on release time since 1983, is among the highest paid at $108,062. Union head Jerry Jordan, who has also been on release time for more than 30 years, is earning $81,245, according to district payroll logs. The 16 ghost teachers on the books this year are making an average salary of almost $98,000. 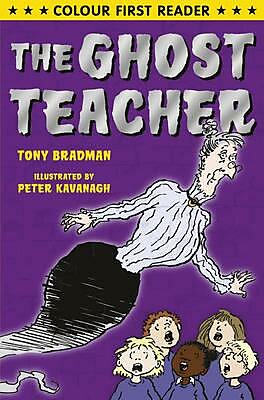 The "ghost teacher" phenomenon is far from unique to Philly or even the education sector. Such "release time" subsidies for ghost teachers, policemen, firefighters, and bureaucrats of all stripes are common features of public-sector union contracts nationwide. Last month, a Yankee Institute report found that Connecticut provided unions with $4.1 million to subsidize 121,000 hours union-related activities, "the equivalent of more than a year's worth of work for 50 full-time employees." Meanwhile, the Goldwater Institute in Arizona is in the midst of a lawsuit against the city of Phoenix for unconstitutionally providing millions of dollars in release-time subsidies.

According to the most recent report from the federal Office of Personnel Management, the federal government paid more than $157 million in 2012 for federal employees to work for their unions for a total of 3,439,449 hours. And those are just the direct costs.

In his book, Understanding the Teacher Union Contract: A Citizen's Handbook, former teacher union negotiator Myron Lieberman explained how difficult it is to account for the full amount of subsidies that taxpayers provide to the unions:

Most school board members are not aware of the magnitude of these subsidies. In school district budgets, the subsidies are never grouped together under the heading "Subsidies to the Union." Instead, the subsidies are included in school district budgets under a variety of headings that may or may not refer to the union... School districts pay for these subsidies from a variety of line items in the district budget: payments to substitute teachers, teacher salaries, and pension contributions, among others. In most situations, the union subsidy is lumped together with other expenses paid for under the same line item; for example, the costs of hiring substitutes for teachers who are on released time for union business may be included in a budget line for substitutes that also covers substitutes for other reasons, such as replacing teachers on sick leave, personal leave, maternity/paternity leave, and so on.

Taxpayer dollars allocated for education should be spent on items and activities that assist student learning, not to promote the interests of private organizations (especially when their interests often collide with the interests of students). Union work should be paid out of funds the unions collect through dues and donations, not funds expropriated from unwilling and unwitting taxpayers.