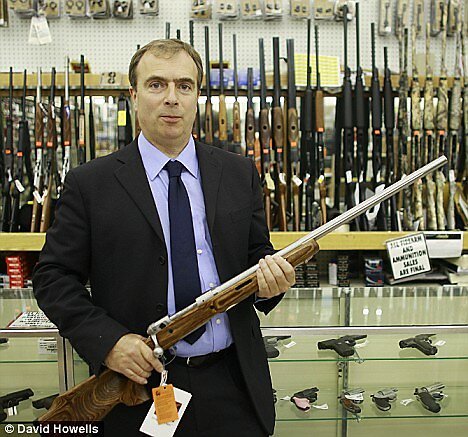 Today's Wall Street Journal excerpted a Peter Hitchens Daily Mail column and then inexplicably tried to stick it behind the pay wall on their website.  (Peter is the "Anti-War, Pro-God" Hitchens, not the "Pro-War, Anti-God" Hitchens.)

Because I'm feeling subversive--and because the column was a good piece of prose--let's take a look.  Hitchens is talking about the Obama White House vs. BP in the context of the US-England relationship, and lets loose:

...Far too many people – many of them academics, many politicians – continue to jabber about a supposed ‘special relationship’ between our two countries.

I used to think that no such thing existed. Recently, I have become convinced that it does, and that it is in fact a Specially Bad Relationship.

Americans may say they love our accents (I have been accused of sounding ‘like Princess Di’) but the more thoughtful ones resent and rather dislike us as a nation and people, as friends of mine have found out by being on the edge of conversations where Americans assumed no Englishmen were listening.

And it is the English, specifically, who are the targets of this. Few Americans have heard of Wales. All of them have heard of Ireland and many of them think they are Irish. Scotland gets a sort of free pass, especially since Braveheart re-established the Scots’ anti-English credentials among the ignorant millions who get their history off the TV.

Words such as ‘arrogant’ and ‘snobbish’ occur – and the ceaseless use of English actors in Hollywood movies to portray haughty, cruel villains is not accidental. Sometimes it bursts out into the open. Mel Gibson’s atrocious anti-English propaganda film The Patriot pretty much equated the Redcoats with the Nazi SS. And it played to full and enthusiastic houses.

Some of this is deep-buried. The American national anthem, The Star-Spangled Banner, is a des­cription of a British naval bombardment of Baltimore. It refers to the presence of British troops on American soil as ‘their foul footsteps’ pollution’. There’s always been a rough, republican anti-English spirit, well expres­sed by the Mayor of Chicago, Big Bill Thompson, who threatened to punch King George V ‘in the snoot’ if he ever came that way. His Majesty didn’t.

Apart from the war of 1812 to 1814, the two countries have almost come to blows many times. It was American pressure that forced us out of the first rank of naval powers in the Washington Naval Treaty of 1922, which led to our defeat at Singapore 20 years later. The last physical clash was in 1956 when the US Sixth Fleet harassed the Royal Navy on its way to Suez, deliberately steering destroyers dangerously close to our battle line. But by then Washington had learned money spoke louder than guns, and Dwight Eisenhower forced us to abort the operation by threatening to bankrupt us.

During an assignment in Washington I watched Bill Clinton fawn over the grisly IRA apologist Gerry Adams. I learned that White House officials regarded us as on a level with, say, Yugoslavia – an annoying, backward European nation to be ordered about and forbidden to control its internal affairs.

That’s how it really stands. I would like a British Government to behave as if it understood this, instead of mouthing outdated and meaningless fake Chur­chillian ‘Finest Hour’ rubbish.