Pawlenty Understands Incentives, Except When It Comes to Defense

Former Minnesota governor Tim Pawlenty’s brief visit to Cato yesterday elicited some snide commentary in the blogosphere, especially this piece by the Huffington Post’s Jon Ward. Ward notes how the just‐​declared presidential candidate has been pretty adept at annoying audiences with his answers to questions. This one rankled the questioner, and a number of others in the auditorium.

I’m not one who is going to stand before you and say we should cut the defense budget.


I’m not for shrinking America’s presence in the world. I’m for making sure that America remains the world leader, not becoming second or third or fourth in the list.

One can sort of forgive a governor for not knowing much about foreign policy, although governors who aspire to be president should probably know that the U.S. government could cut military spending in half and still spend more than our next two potential rivals, combined. 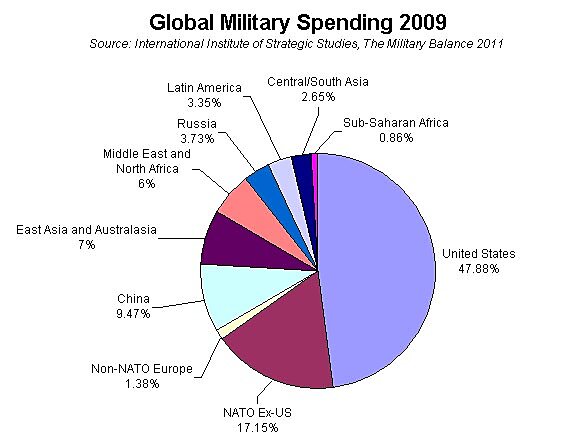 The average governor, however, should know that people don’t feel obligated to pay for things that you are willing to give them for free. And Pawlenty does understand this when it comes to domestic spending. Check out his comments about the difference between a cash bar and an open bar at a wedding reception, via the Daily Caller:

If people have the impression that things are free, and they get to consume it endlessly, and the provider has the only incentive to provide on volume, and the myth or the lie is created that the bill goes somewhere else and that a third party pays for it, that is a system that I can tell you is doomed to failure and inefficiency. And that’s much of our government, unfortunately.

But the same principle applies in military spending. Our European and East Asian allies are consumers of the security provided by the U.S. military, and all Americans are the third party payers. As my colleague Ben Friedman likes to say, we agree to defend our allies, and they agree to let us. We shouldn’t blame them for under‐​providing for their own defense; it’s our fault for agreeing to do it for them.

There is a difference between military spending and defense spending. The Constitution provides for a military to defend the U.S—not to democratize the world. One would hope that presidential candidates would consider America’s commitments overseas very seriously before endorsing those commitments.

Cato scholars have been out in front for years making the case for a principled, constitutional view of “defense” that does not include defending others who can and should defend themselves. If we adopted a strategy of restraint, we could responsibly make significant cuts in military spending, deliver the savings to American taxpayers, and remain the safest and most secure country on the planet. Yesterday, Tim Pawlenty took the opposite tack. He argued that the U.S. military should continue to serve as the world’s policeman/​armed social worker, allow other countries to free ride, and require U.S. taxpayers to foot the bill.


Although that might be popular elsewhere in Washington, I can’t imagine it will sell in Cedar Rapids, Iowa, or Manchester, New Hampshire.