Republicans are set to pass the largest federal tax overhaul in decades. The centerpiece of the bill is a reduction of the corporate tax rate from 35 to 21 percent. That reform will help attract global investment to America and boost capital spending, hiring, and wages over time.


Ryan read our book Global Tax Revolution when it came out in 2008, and he discussed some of the themes at a Cato forum on Capitol Hill in 2009. At the time, he was the ranking member on the House Budget Committee. Here are some of his comments:

If you haven’t read this book you should, the book by Chris Edwards and Dan Mitchell. If you go to pages 46 and 47, you will see America is slipping in worldwide competition. America is behind the curve when it comes to the way we tax our businesses and companies, and we’re losing jobs because of it.


… Whether you like it or not, we are in the 21st century global economy. And it matters what the incentives are for the kinds of businesses we want to keep and attract and grow jobs in America.

The GOP tax legislation headed for the president’s desk this week has plenty of flaws, but the corporate reforms are long overdue. At Cato, we have been educating policymakers and the public on the issue since at least this 2002 study on International Tax Competition (co‐​authored with Veronique de Rugy), as have scholars at Tax Foundation, Heritage Foundation, and other think tanks. It is gratifying that policymakers such as Ryan listened, and have finally moved Congress to make reforms. 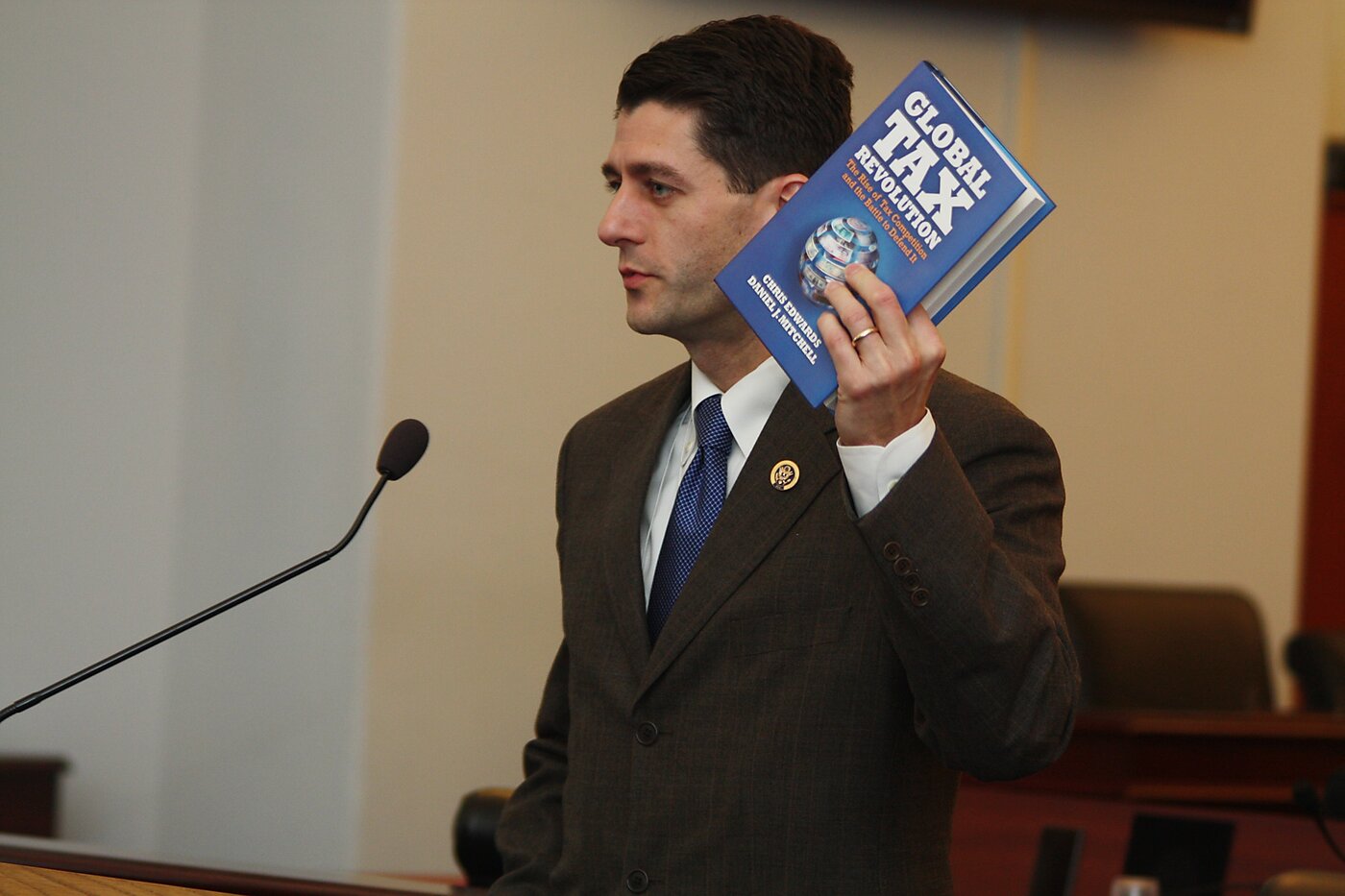