Justin Logan beat me to the punch, but Robert Kagan and Dan Blumenthal's op-ed in the Washington Post warrants more than just one comment. Kagan and Blumenthal fret that the Obama administration's policy of "strategic reassurance" is sure to fail. Aimed at encouraging Russia and China, especially, to cooperate with the United States in dealing with a number of common threats, the two predict that the policy will succeed only in making "American allies nervous."

Maybe that wouldn't be such a bad thing. Not that we should go around making our allies nervous just for the heck of it, but I worry that our allies have grown, well, too comfortable with the current state of affairs in which American taxpayers and American troops bear a disproportionate share of the costs of securing global peace and prosperity.

And who can blame them? From the perspective of our allies in East Asia (chiefly the Japanese and the South Koreans), and for the Europeans tucked safely within NATO, getting the Americans to pay the costs, and assume the risks, associated with policing the world is a pretty good gig.

The same Robert Kagan made this point explicitly, if somewhat crudely, in his book Of Paradise and Power, when he cast the United States in the heroic role as sheriff, while our wealthy allies were portrayed as cowardly, sniveling townspeople, or, worse, saloon keepers who benefited from the protection of the Americans while selling booze to the bad guys. 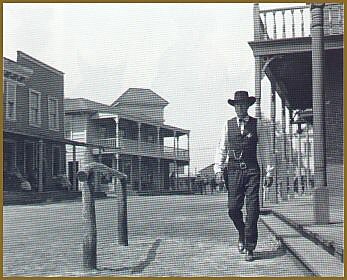 For at least two decades, we have adopted a strategy designed to comfort our allies. Our goal has been to discourage them from taking prudent steps to defend themselves. Many Americans are beginning to appreciate just how short-sighted this policy was, and is. Such military capabilities might have proved useful in Afghanistan, for example, and they might ultimately serve a purpose in checking Russian and Chinese ambitions, which would be particularly important if these two countries prove as aggressive as Kagan and Blumenthal claim.

Instead, we have a group of militarily weak and comfortable allies who spend a fraction of what Americans spend on defense, and who can muster political will with respect to foreign policy only when it entails criticizing the United States for not doing enough. In other words, we are reaping what we sowed.

But don't take my word for it. Vassilis Kaskarelis, the Greek ambassador to the United States, bluntly explained the disconnect between what we want our allies to do, and what they are willing to do. As reported by the Washington Times:

NATO members' reluctance to assume a larger role in Afghanistan is partly the legacy of U.S. military protection, which allowed Europeans to stress social programs over defense for decades, the Greek ambassador to the United States said.

"For 40 years, you have a system [of] not bothering about military, security and stability expenses," [Mr.] Kaskarelis told editors and reporters of The Washington Times. "Because these issues were handled by the United States after World War II ... everybody was happy."

Mr. Kaskarelis said...that most European governments support the war in Afghanistan but lack the military infrastructure to contribute as equal partners.

"They don't have the capabilities, because in the last 50 years, the U.S. offered an umbrella in terms of military, security and stability," he said. "You had the phenomenon [in which] most of the successful European economies -- countries like France, Germany, the Scandinavians -- channeled all the funds they had on social issues, health care, pensions, you name it."

Mr. Kaskarelis noted that this system grew out of the wreckage of World War II and that without U.S. aid, his own country "wouldn't exist today" as an independent, democratic state. But to readjust is difficult, he said.

"Can you imagine how a government can sell such ... an idea to its general public without having a revolution? They cover the expense of the hospital, but to say, 'We won't cover 100 percent of your medical expenses, we will start covering 80 percent, because the other 20 percent [will be used] to upgrade our military capabilities to be used in NATO and Afghanistan. Can you imagine this?"

Actually, I can "imagine" a time when other countries are responsible for their own defense. Indeed, I wrote a book on the subject. Maybe I'll send Amb. Kaskarelis a copy? And while I'm at it, perhaps Messrs. Kagan and Blumenthal should get one too?