#OpenGov and the Road from Serfdom 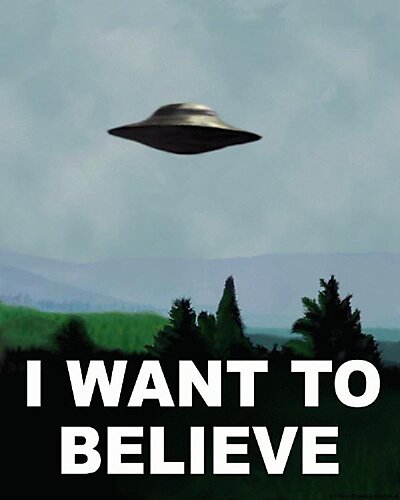 Like Jim, I watched this morning’s Open Government Initiative launch with an eyebrow reflexively arcing skyward. Like Fox Mulder, I want to believe, but it’s not just the track record that gives me pause; it’s the tension in one of Vivek Kundra & Aneesh Chopra’s answers to a pointed question that came in from the Web: How do you actually implement this? How do you get all the agencies on board, persuade (or compel) them to open up, embrace openness, and free their data? Because the public pitch is that the great benefit of open government is accountability, which requires information that may reflect badly on an agency and generate bad publicity to be released. But since they’re limited in their ability to enforce this on an alphabet soup of agencies, the pitch to leaders within government is: Imagine how cool it would be to have the entire population as your clickworkers. So transparency is carrot and stick in one—a carrot stick, if you will: Take a nibble between thrashings, it’s delicious! This is not totally crazy, since there will probably be data whose release opens an agency to greater scrutiny, but still benefits them on net because it lets some tasks be offloaded to the cloud. But insofar as those two things come apart, it’s not hard to guess which one agencies will want to focus on, and the mandate to ensure “data quality” makes a good stock excuse for withholding.


I don’t want to be entirely cynical, though, because openness—as I’ve harped on before, and as Jim often stresses—can be an important structural limitation on government. And if I can riff for a moment, I think it’s worth distinguishing two aspects of “limited government” through the lens of the argument F.A. Hayek makes in his seminal The Road to Serfdom. Very crudely, the idea goes something like this: As government takes on responsibility for ever more complex forms of planning, via a growing tangle of interdependent rules, it becomes increasingly difficult for that power to be checked by democratic mechanisms. Expansion in the scope of state authority goes hand‐​in‐​hand tends to be associated with more centralized, opaque, and autocratic exercise of that authority, compounding the disempowerment of ordinary citizens. Call them, if you want to be dramatic, the Orwell problem and the Kafka problem, respectively. But state functions that are not amenable to democratic oversight by the crowd may be amenable to peer‐​produced oversight by the cloud. Libertarians focus—with good reason—on limiting the scope of state power, which we might think of as a kind of external boundary. The internal boundaries are at least as important. But folks who are centrally concerned about limited government don’t often choose a career in the federal bureaucracy, and the ones who get elected to office, let’s face it, often lack the skill and disposition for the nitty gritty details of governance.


One implication of this is that a more open and networked government, if it ever does come about, may demand a disorienting cultural shift of libertarians—where on top of the big political‐​philosophy level ideas, it begins to behoove us to pick a pet agency and get interested in the profoundly unsexy details of how it operates. It lacks the frission of taking to the streets quoting Paine, to be sure, but at least engagement no longer demands more pernicious incentives—either venal or, heaven forfend, idealistic.