If Only Government Schools Would Go Extinct 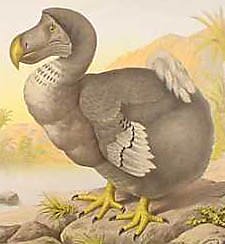 I don’t know much about Texas governor and GOP presidential candidate Rick Perry, though I appreciate his resisting federal bribery in education. I can, though, say that the dustup over his remarks yesterday concerning the age of the Earth, and whether some Texas schools teach creationism alongside evolution, is not a sad commentary on him. It’s a damning commentary on public schooling.


First, let’s get the facts straight: No, it wouldn’t be constitutional to advocate creationism in public schools, though it might be acceptable to teach the religious basis for it without declaring it the truth. Even without possible legal finessing, however, it is very likely that teachers are discussing creationism in Lone Star science classes, and just about every other state’s. As a groundbreaking survey of high school biology teachers recently found, about 13 percent of surveyed teachers explicitly teach creationism or intelligent design in their classes, and about 60 percent dance around evolution, sometimes by teaching numerous views on the subject.


How could this be happening?


About 40 percent of Americans believe that roughly 10,000 years ago God created human beings as we currently exist, and they aren’t going to just let the schools for which they have to pay taxes ignore that. Nor should they: ours is a nation built on individual liberty, and government attacks that at its core when it compels people to support schools that either teach things they find abhorrent or fails to teach things they feel essential. Of course, those who oppose the teaching of creationism are equally justified in standing up for their convictions — hence the creationist black market and constant public‐​schooling conflict.


The solution: Let parents choose educational options consistent with their norms and beliefs, especially through tax credit programs that allow individuals or corporations to choose what kinds of schools they’ll support. And yes, many people will select options others will dislike, but that’s both a part of freedom and the key to getting coherent and transparent curricula for all.


As a side — but hugely important — note, it is very dangerous to let government declare scientific “winners.” Reality — while very hard to truly know — is not determined by “consensus,” or who can convince the most politicians of something. It simply is. As a result, letting something become officially approved thought is to be assiduously avoided. But don’t take my word for it: Just read up on John Scopes and the huge challenges he faced trying to teach kids about offically forbidden evolution.