The One Policy Proven to Help the U.S. Semiconductor Industry (and Hamstring China) Is the One Nobody’s Mentioning

A few weeks ago, I noted that Congress had just earmarked billions of taxpayer dollars for American semiconductor manufacturers to counter the alleged (and thus far empty) national security threat posed by heavily‐​subsidized Chinese competitors. The U.S. subsidies, as you can imagine, have been cheered by both conservative fans of industrial policy and the semiconductor industry, which just released a new report on how “government incentives” will (obviously) help (historically healthy and productive) U.S. semiconductor companies somehow “turn the tide” against China. A recent writeup in The Protocol sets out the industry’s response to critics like me:

[Semiconductor Industry Association CEO John] Neuffer sought to address some of the biggest criticisms of the plan. “There’s this concern that it’s a race to the bottom with subsidies,” he said, referring to the idea that China and the U.S. could keep upping subsidies ad infinitum. “Well, that race began 20 years ago, and we’re still standing at the starting line saying ‘Gee, I wonder if we should get into the race.’ ”

Well then. Now, leaving aside the questionable (at best) efficacy of both the current Chinese subsidies and past U.S. government support for our semiconductor industry, as well as the economic and legal (trade law) concerns raised by the “global subsidies race” more broadly, what’s perhaps most striking about the current push by the politicians, the economic nationalists, and the lobbyists to bolster U.S. chipmakers is the absence of any discussion of one actual policy that has been actually proven to supercharge the industry and is being hobbled by the federal government as we speak: high‐​skill immigration. Indeed, a new Georgetown University report underscores the importance of immigration for the semiconductor industry, finding that– 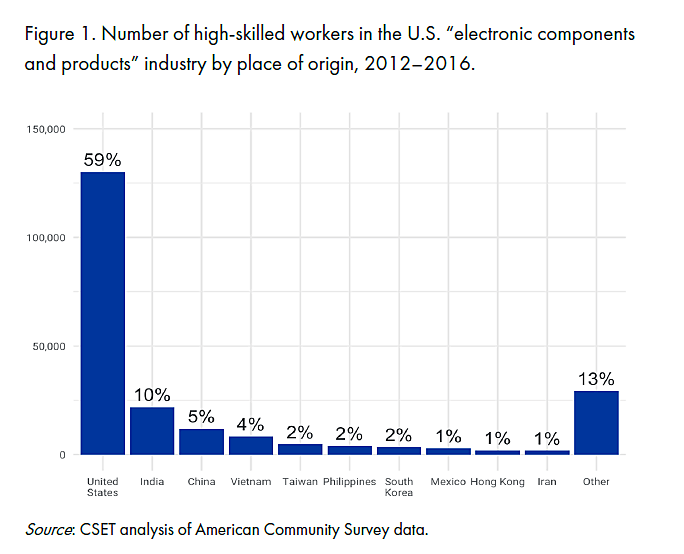 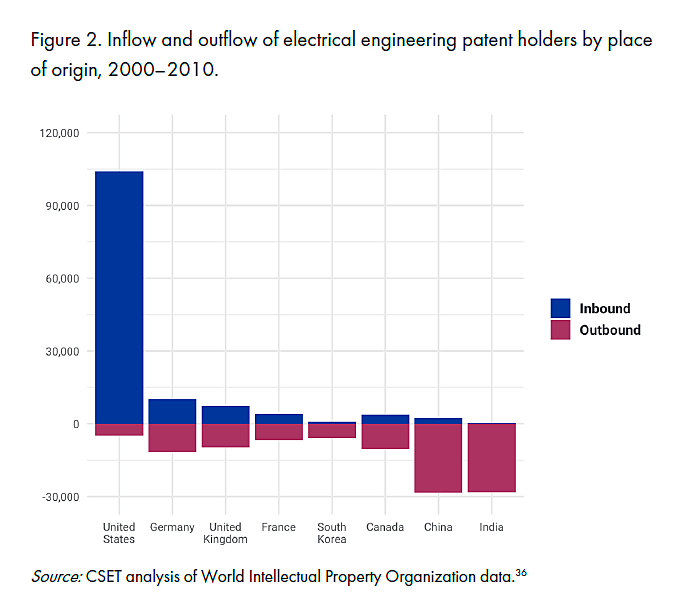 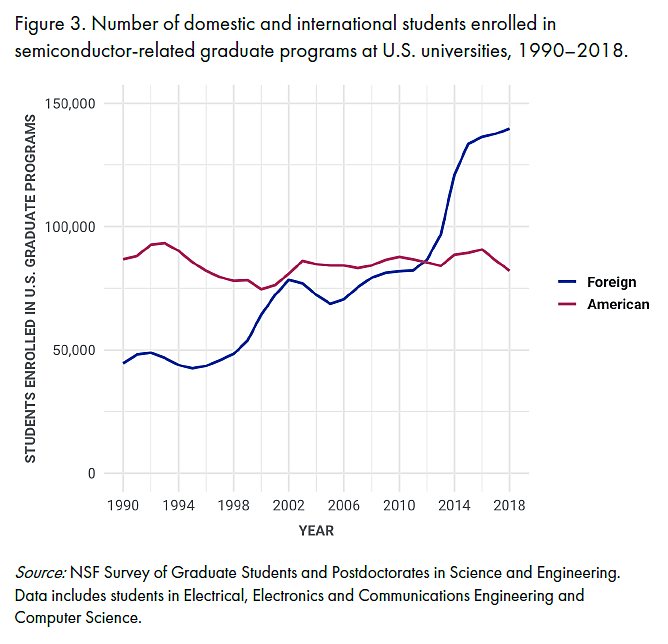 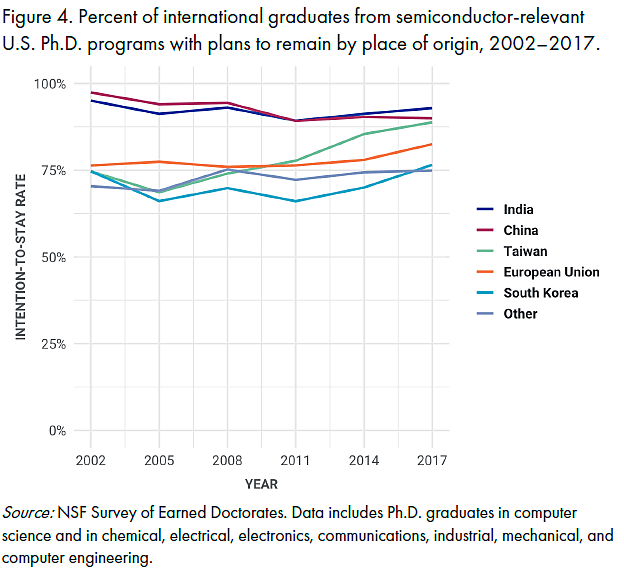 Clearly, high‐​skill immigration (both workers and students) has been a boon for the American semiconductor industry — a finding consistent with analyses showing how educated immigrants boost U.S. innovation and productivity more generally. (As well as past work by the SIA.) By contrast, new research reveals that past high‐​skill immigration restrictions push U.S. multinational corporations to move their R&D activities offshore, to increase these activities in other countries (including in China), and thus to diminish the United States’ own innovative capacity. This outcome is particularly relevant for U.S. chipmakers and their current concerns about China: human capital is arguably the Chinese semiconductor industry’s biggest hurdle, and the Georgetown paper finds that “China has so far struggled to attract talent from the United States” and to retain that talent once it’s on the mainland. As such, “[l]arge reductions in the flow of talent between China and the United States would likely be welcomed by Chinese policymakers.” Indeed.

Unfortunately, the Trump administration and its allies are not just ignoring high‐​skill immigration, but actively working to restrict it further — even as COVID-19 hasn’t boosted unemployment in the U.S. tech sector. Given these facts, as well as the alleged threat facing the U.S. semiconductor industry (and by extension national security), you’d think that the ones making such allegations — in Congress, the industry, and the policy community — would at least mention immigration instead of just cheering for subsidies.

Or maybe the China threat just isn’t as big as they claim?