President Obama recently got himself in hot water with his "you didn't build that" remark, which trivialized the hard work of entrepreneurs.

But he is right—in a perverse way—about government playing a big role in the life of small businesses. Thanks to a maze of regulations, the government is an unwelcome silent partner for every entrepreneur. And we're not talking small numbers.

But sometimes an image helps to make things easy to understand. Here's a chart from the Joint Economic Committee, which maps out the web of regulation imposed by Washington: 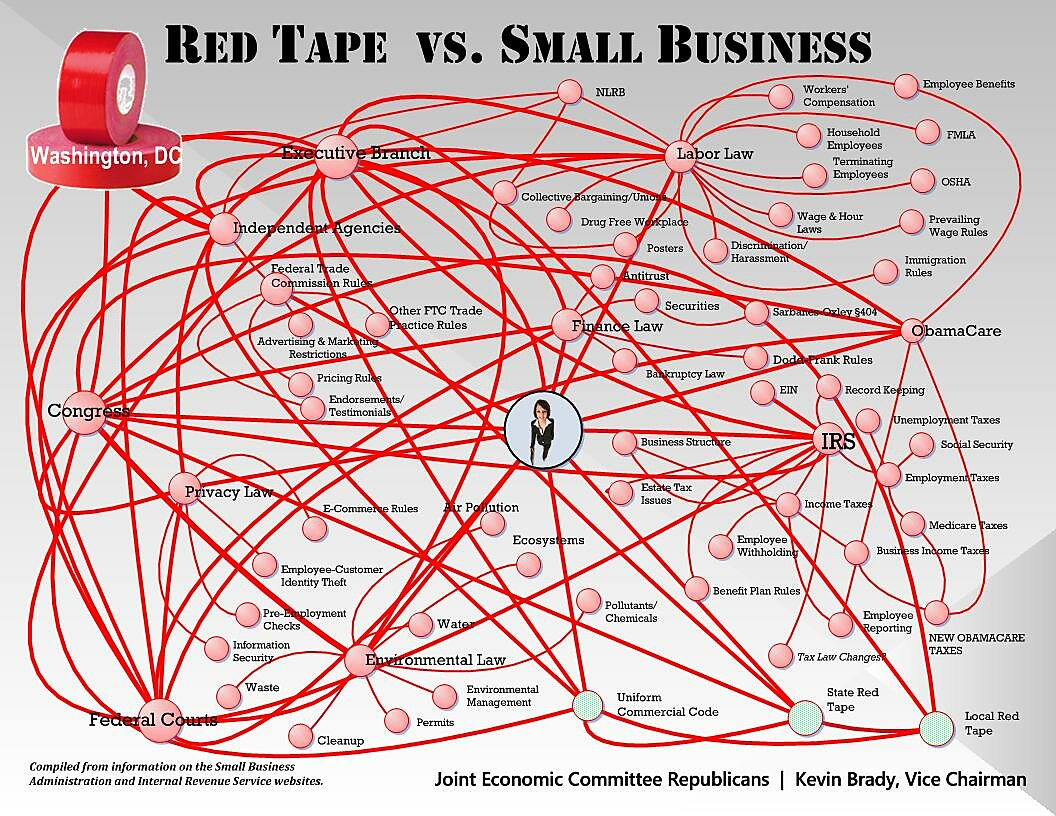 This chart does more than just show sources of red tape coming from Washington. It shows that "Washington" is really several entities, such as Congress, the executive branch, the courts, and so-called independent regulatory agencies. These entities then impose regulatory burdens in various fields, such as labor, finance, tax, and environment.

Keep in mind, by the way, that each small pink circle actually represents an entire field of regulation. So when you see, for instance, the "Obamacare" circle (below), what you're really seeing is the nightmarish image of regulatory complexity. 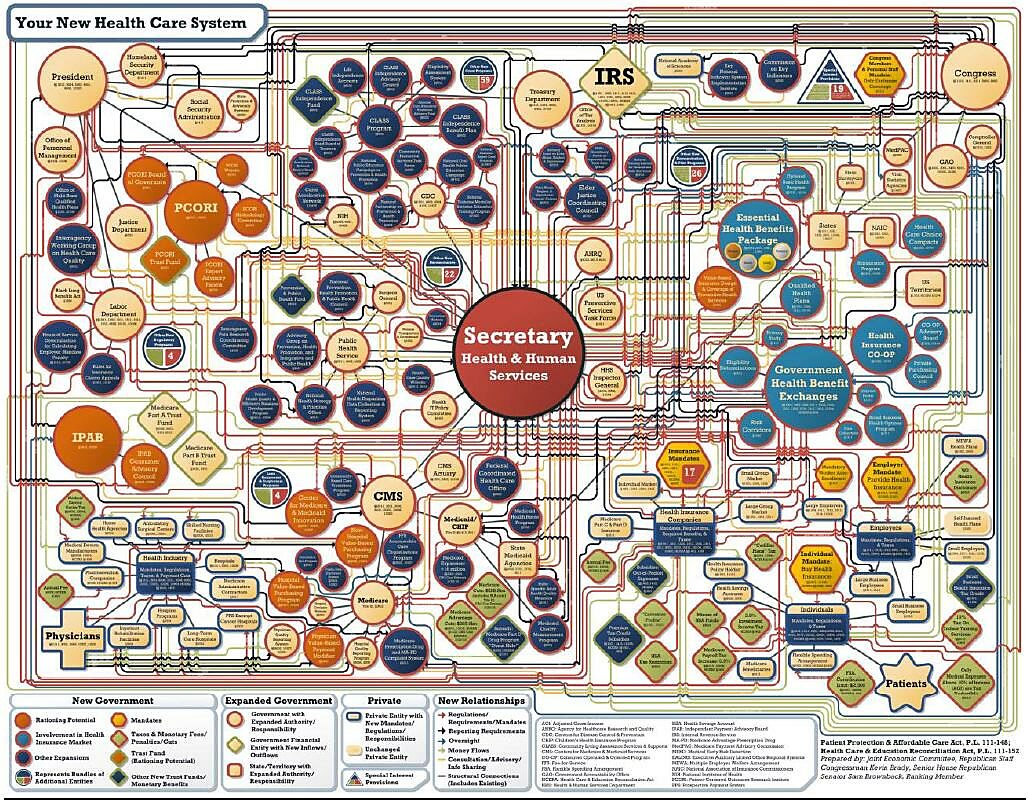 And don't forget the role of state and local government.

Last but not least, remember that each regulatory bureaucracy is capable of making individual decisions that ... well, you judge for yourself:

Gee, it's almost enough to make you think regulation might be the problem and not the solution.