In a case called King v. Burwell, the Supreme Court will soon decide whether it agrees with two lower courts that President Obama is breaking the law by subjecting 57 million employers and individuals to illegal taxes, and spending the illegal proceeds to hide the cost of HealthCare.gov coverage from 6.5 million enrollees. Today the president delivered a speech designed to cow the Supreme Court Justices into turning a blind eye to the law. Instead, he offered what for some is the missing piece of the King v. Burwell puzzle. He displayed the very ideological fervor that leads powerful people to break the rules.

"We have an obligation to put ourselves in our neighbor’s shoes, and to see the common humanity in each other," the president said. Yet the president of the United States has an even more important obligation to "take Care that the Laws be faithfully executed."  It's right there in Article II, Section 3 of the U.S. Constitution, which President Obama swore to uphold. King v. Burwell is about his failure to meet that obligation.

“Five years in, what we’re talking about is no longer just a law," the president said. Indeed, the ACA has become almost a blanket grant of power allowing the president to do whatever he wills to promote his conception of the public good. 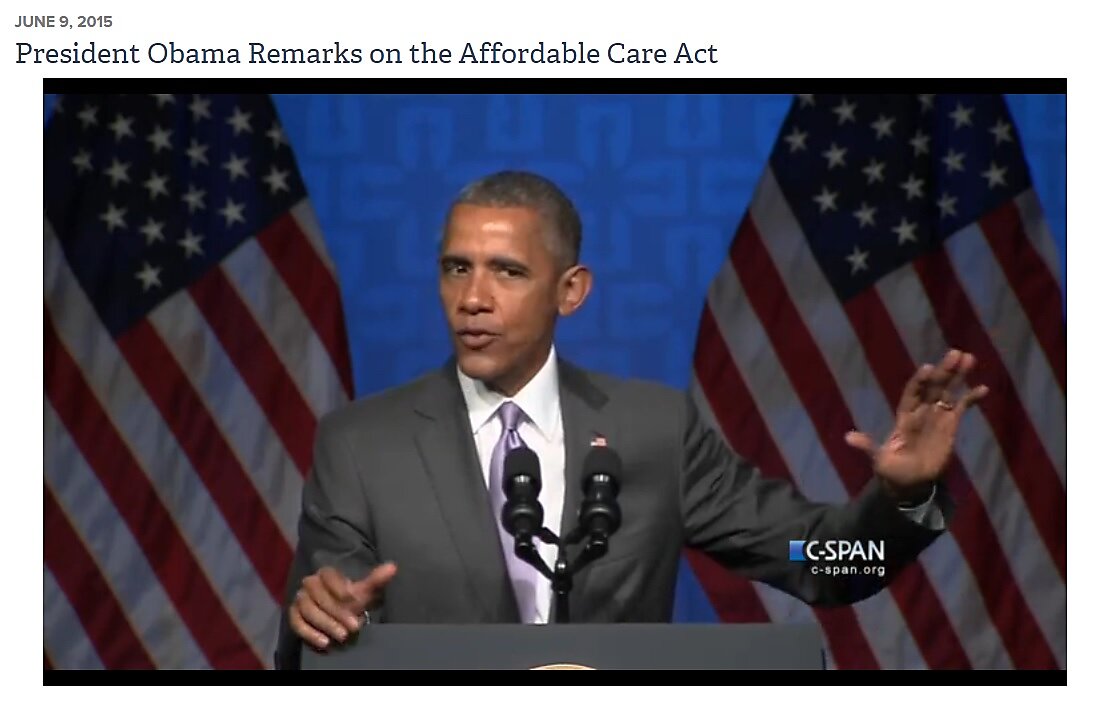 President Obama delivers a speech on health care to the Catholic Health Association.

"This isn’t about the Affordable Care Act. This isn’t about Obamacare. This isn’t about myths or rumors that won’t go away. This is reality. This is health care in America," he said. He spoke passionately about some of the people who have received subsidies. "Once you see millions of people having health care...you'd think it would be time to move on," the president said, and that his illegal taxes and subsidies have been "woven into the fabric of America."  Should we move on if the president achieved these things by violating the law?

The president is correct in this respect, however. King v. Burwell is not about the Affordable Care Act. It is about the president doing an end-run around the law and the voters.

The broader health care debate is between those who believe more government will increase access to health care, and those who think the only way to expand health care access is with less government and more freedom. (It is not, as the president suggests, a debate between people who want make health care more accessible and those who don't.) Those who favor the less-government/more-freedom approach scored a victory when, buoyed by public opposition to ObamaCare, they convinced the majority of states not to implement the ACA. That outcome that effectively forces Congress to reopen the statute. The president implemented those taxes and subsidies illegally in the 38 states that had blocked them in order to prevent (a Republican) Congress from reopening his health care law. Rather than take care that the laws be faithfully executed, he did an end-run around around the law and the people. Today's speech merely tells us why.

The president appealed to "security," "dignity," and "freedom." We will have more of all of those things if the Supreme Court holds the president to his own health care law.