The new unemployment data have been released and they don't paint a pretty picture -- literally and figuratively.

The figure below is all we need to know about the success of President Obama's big-government policies. The lower, solid line is from a White House report in early 2009 and it shows the level of unemployment the Administration said we would experience if the so-called stimulus was adopted. The darker dots show the actual monthly unemployment rate. At what point will the beltway politicians concede that making government bigger is not a recipe for prosperity? 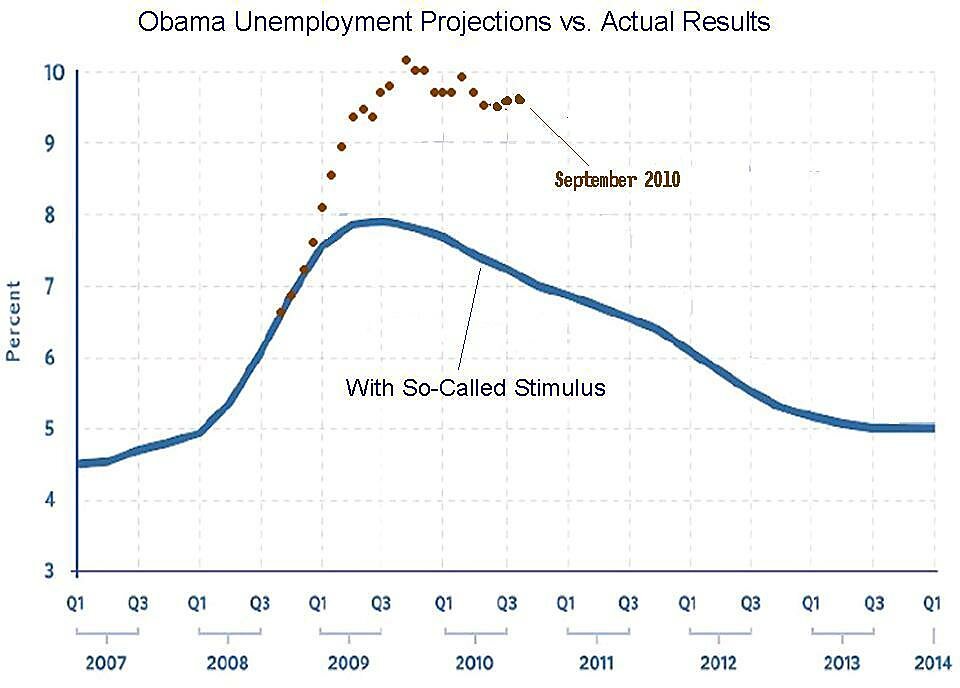 They say the definition of insanity is doing the same thing over and over again while expecting a different result. The Obama White House imposed an $800-billion plus faux stimulus on the economy (actually more than $1 trillion if additional interest costs are included). They've also passed all sorts of additional legislation, most of which have been referred to as jobs bills. Yet the unemployment situation is stagnant and the economy is far weaker than is normally the case when pulling out of a downturn.