Take a typical 30-year-old and 64-year-old, earning identical amounts of money, living in the same place, and choosing the same health plan. Who will pay more for that health care plan under Obamacare?

No one would dispute that 30-year-olds have much lower health care costs than 64-year-olds, on average. A compelling illustration comes from a highly cited article using the National Medical Expenditure Survey; the authors show that health care costs for 64-year-old women and men are approximately 2 to 4 times that their 30-year-old counterparts (Cutler and Gruber, 1996, p. 429). A natural implication is that groups with higher expected medical costs (such as older individuals), will tend to face higher health care premiums than those with lower expected medical costs (such as younger individuals).

The answer to the first question is easy. The 64-year-old faces higher premiums. For example, if the 64-year-old purchased the Molina Marketplace Bronze Plan, he or she would face nearly $7,400 in premiums without subsidies. A 30-year-old would pay around $2,800 for the same plan.

The second question’s answer may surprise you. Obamacare gives large subsidies for people with incomes between 100% and 400% of the federal poverty line. The more you make, the more you pay for a given plan. But Obamacare gives subsidies that are pegged to a generous benchmark plan (the second lowest cost silver plan). Costs, premiums and subsidies will all be higher for the generous benchmark plan for an older individual than a younger one. However, the subsidy amount can be applied to less generous plans, and this can lead to the surprising result that an older person actually pays less out of their own pocket.

Let’s see this in action. If the 64-year-old, non-smoker, making $41,000, purchases a bronze health care plan, he or she pays zero premiums out-of-pocket, after subsidies: 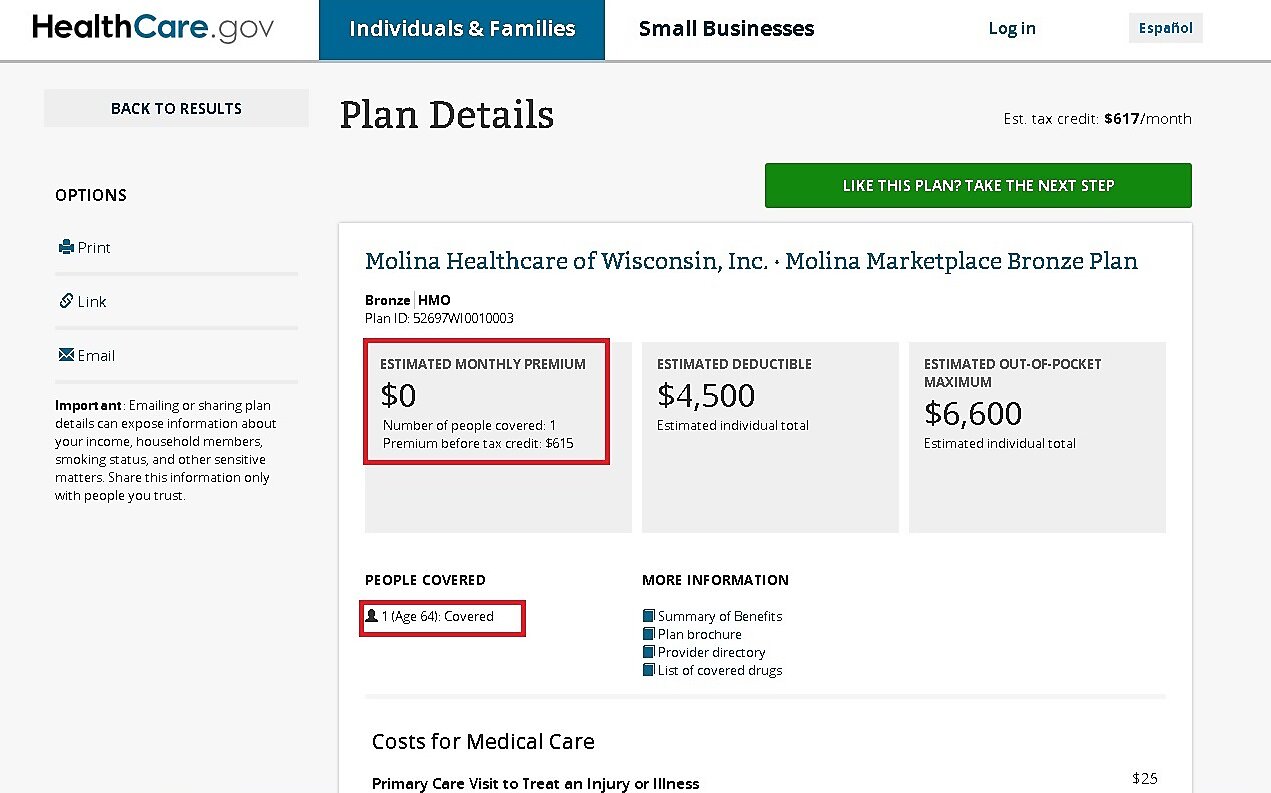 The subsidies – as noted here– are very generous; this individual, who makes $41,000, pays nothing for premiums. Obamacare pays 100% of the premium cost. Now let’s examine a 30-year-old in an identical situation: 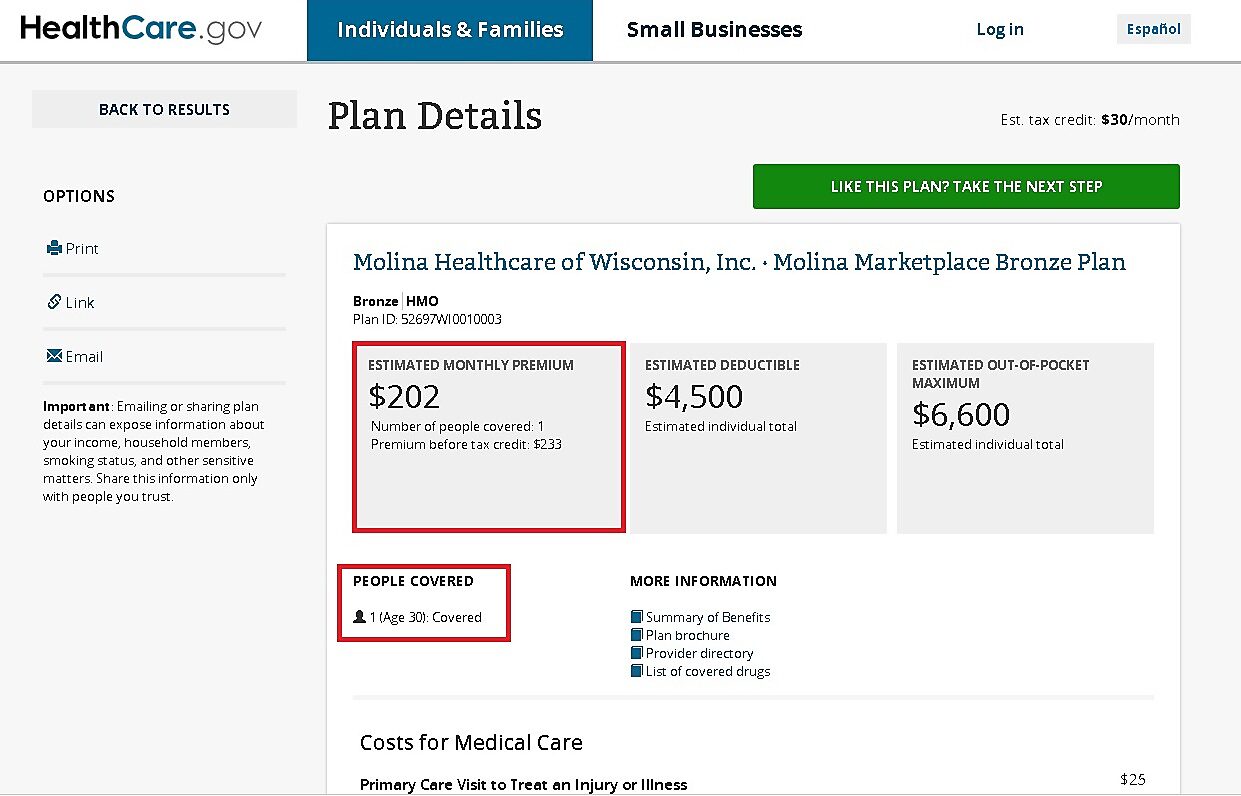 To repeat, everything is identical. Yet, because of the way in which the Obamacare subsidy is pegged to the benchmark plan, the 30-year-old pays thousands of dollars more for the same bronze health plan. Obamacare pays 15% of the premium cost.

This surprising finding won’t be true for all examples, but does illustrate something perverse. In some instances, the subsidies not only lower out of pocket costs for premiums, but completely reverse the logical ordering of who pays higher amounts for a given plan. However, there’s a straightforward fix, one that many private companies and even public institutions practice for their workers: they peg the premium voucher to the most efficient/lowest-cost plan with respect to premiums, and allow workers to apply that voucher to more generous plans.