The King v. Burwell decision last month highlighted the role of the premium tax credit (i.e. “subsidies”) in Obamacare. I have examined the structure of the subsidies quite carefully, and was shocked by their size. I’ll try to educate you about this, state‐​by‐​state. Today, I’m starting with Wisconsin, which has some of the largest giveaways on the federal exchange.


Among all individuals aged 55 to 64 in Wisconsin, approximately 70% – or 522,000 people – rely on employer coverage, where the odds are high that they’re paying something out of their own pocket for monthly premiums.


Consider either a single person earning $41,000, or a married couple earning $62,500. Each is 64‐​years‐​old, a non‐​smoker, and lives in Florence, Wisconsin (ZIP code 54121). The structure of Obamacare subsidies means that many individuals who are not poor can find health plans with such large subsidies that they pay absolutely nothing for premiums out of their own pocket. In this case, the married couple or single person would qualify for the Molina Marketplace Bronze Plan with zero monthly premium.


See the graphic below for a married couple: 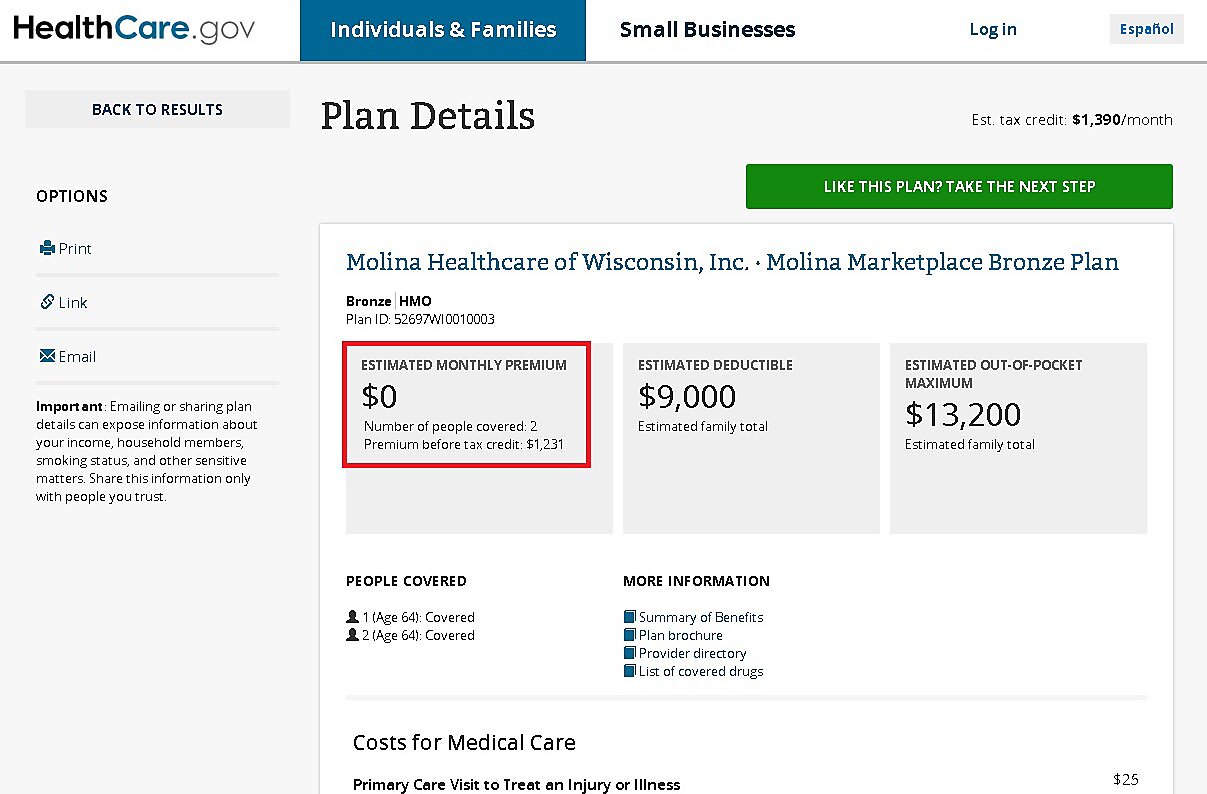 Although plenty of other plans exist – with higher premiums but less cost sharing– this plan is essentially a giveaway for those who didn’t want to purchase coverage, but were mandated to do so by the government. And if a near‐​elderly person (in the age range of 55 to 64) happens to get sick, they could always move into a plan with generous cost sharing provisions in future years, a problem that economist Martin Feldstein calls Obamacare’s fatal flaw.