Obama and Daniels Team Up to ‘Shovel’ Subsidies 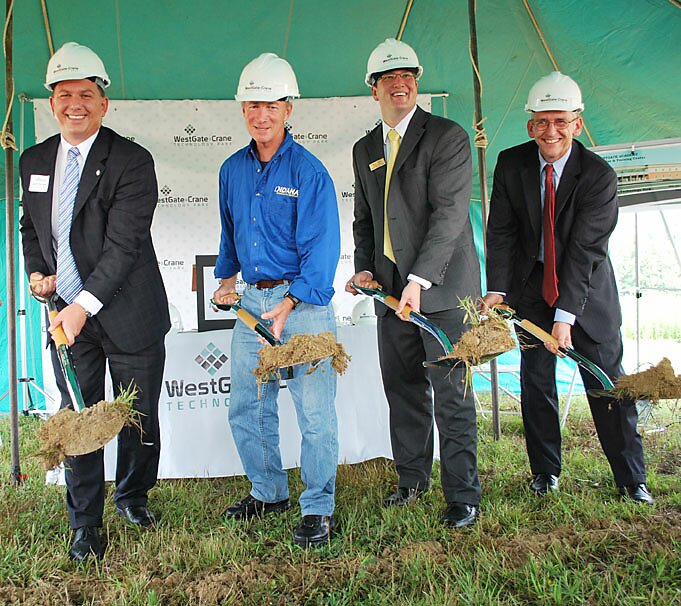 The Indianapolis Star recently profiled local boy makes good (handing out other people’s money) John Fernandez, the ex-Bloomington mayor and Obama fundraiser who now heads up the Economic Development Administration. A reference to an EDA taxpayer handout to a technology park in southern Indiana caught my eye:

Southwestern Indiana got a $6.7 million boost from the EDA last year to create a multi-county technology park to tap into the research related to the Crane Division, Naval Surface Warfare Center in Martin County. At the July groundbreaking for the park, Gov. Mitch Daniels called it a ‘long-awaited development that will serve as an economic catalyst for the region.’

So what is this technology park that U.S. and Indiana taxpayers are being forced to subsidize?

Great. A high-tech playground for defense contractors—an industry that has enjoyed a taxpayer windfall thanks to Uncle Sam’s ten years of warring on terror.

In a blistering op-ed, Indiana Policy Review editor Craig Ladwig calls Daniels “more of an accountant than an economist, more Beltway than Hoosier” and says that “although he claims to admire the classical liberal philosophy, you strain to see any sign of it in his governing.” As evidence, Ladwig cites Daniels’s record of supporting “crony capitalist ventures.”

Craig is correct, but it’s not just Mitch Daniels. Support in the nation’s statehouses for crony capitalism is ubiquitous. And key enablers of state business subsidies are the numerous federal “economic development” programs—like the Economic Development Administration—that policymakers in Washington use to coddle special interests in the name of “job creation.”

As the Obama-Daniels tag-team demonstrates, corporate welfare is a bipartisan affliction. Indeed, back in February, Rep. Michael Michaud (D-ME) offered an amendment to restore $80 million in funding for the EDA. The amendment passed with 145 votes from Republicans and 160 from Democrats.