Obama, American Nationalism, and the Weird Anti‐​Materialism of the Foreign Policy Elite

Matt Yglesias puts down the bloody shirt long enough to make the modest‐​on‐​its‐​face claim that “actions, not words, will clarify Obama’s foreign policy.” I don’t think that’s quite right. 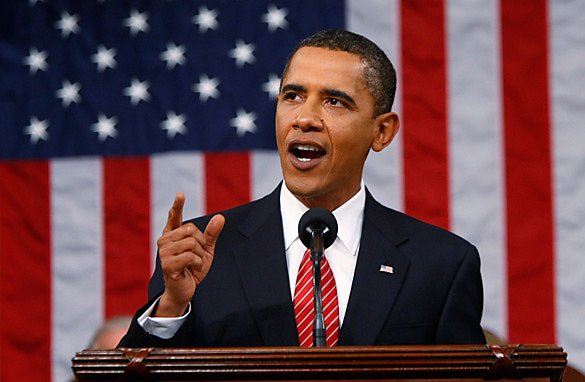 In one sense, of course, it is. For the bean counters among us, the outcomes are the real metric: whether the United States remains the sole superpower on the planet; whether a diplomatic resolution can be reached with Iran; whether Obama can (assuming he has has any intention to) get our military out of Iraq; whether his spun‐​like‐​cotton‐​candy Afghanistan policy can stabilize that sorry land — these are the things we’ll be looking at.


But the more important thing in the short term for Obama is probably to slake the nearly‐​unquenchable thirst of the David Brookses of the world — and probably the American people — to have their identities stroked. To take the most recent example, Brooks, William Kristol, Robert Kagan, and the Foreign Policy Elite of whom they are avatars were in desperate need of a cold shower and a trip to the nearest confessional after Obama indulged them by unsheathing the Mighty and Awesome Totem of American nationalism — before a crowd of peacey Norwegians no less. To take another example, witness the veritable panic, the hysterical and fluttering response to the imaginary Obama “apology tour” that didn’t exist and had no affect on anything in any event.


Indeed the Foreign Policy Elite is so captivated by the rhetoric, imagery, and perhaps most importantly the identity surrounding U.S. foreign policy it hardly has time to think seriously about the material realities. There are of course examples where analysts simply misrepresent material reality — witness this ridiculous characterization of Obama’s boost in defense spending as an “assault” on the defense budget — but in general the foreign policy commentariat seems more interested in how American power makes them feel than it is on the outcomes it produces. And witness the frenzy over the Oslo speech, the “apology tour” claptrap, or the whining about Obama’s restraint from calling on the Iranian people to start a revolution.


Charles Krauthammer, in a recent essay, went so far in the anti‐​materialist direction to claim that “decline is a choice.” “Decline — or continued ascendancy — is in our hands.” Of course, it isn’t always a choice, says Krauthammer. The British had it coming, for example, but the crucial factors in Krauthammer’s telling weren’t imperial overextension and the relative waning of its latent power but rather “the civilizational suicide that was the two world wars, and the consequent physical and psychological exhaustion.” Thus, nations decline in large part because of sapped will — perhaps this would be the foreign policy equivalent of the “mental recession” we heard about a year ago. If this is right, keeping a careful eye on will‐​sapping things is more than a parlor game.


But of course Krauthammer’s charge that Obama is willfully precipitating American decline cannot be substantiated by reference to material factors, so it’s perhaps no coincidence that he takes aim primarily at Obama’s “demolition of the moral foundations of American dominance.” Krauthammer’s central piece of evidence is telling:

Reading this, I was reminded of Conor Cruise O’Brien’s observation that

Ideally those responsible for international affairs ought to be able to understand and moderate the holy nationalism of their own country and to discern, even when disguised, the operations and limits of holy nationalism in rival countries as well as in third‐​party countries.


Unfortunately this may be too much to hope for. There are serious cognitive difficulties involved. Any nationalism inherently finds it hard to understand any other nationalism or even to want to understand it. This is particularly true of holy nationalism. Rejection of the other is part of the holiness.

All of this is enough to make you wonder then — if Obama wanted to, could he just keep the opinion columnists — and the American people — happy with a regular genuflection at the altar of American nationalism rather than by providing them with actual wars and actual crusading? Would he if he could?