The Number of Congressional Staff Is the Real Problem

Nearly 2,000 House of Representatives staffers pulled down six‐​figure salaries in 2009, including 43 staffers who earned the maximum $172,500 — or more than three times the median U.S. household income. …But while these top earners are a small percentage of the overall congressional work force, their numbers are growing at a rapid rate under the Democratic Congress. The number of staffers earning within the upper 3 percent of House salaries — currently $163,358 or more — has increased by nearly 39 percent in the past four years, according to LegiStorm data. …“These are people who could be making a lot more money in the private sector, but they choose to work here,” said Pelosi spokesman Brendan Daly, who also makes $172,500. …There are approximately 10,000 House staffers, including district office workers, according to the chief administrative officer.

Even though I’m a former Hill staffer, I’m certainly not going to defend these salaries (especially since I was nowhere near the top of the pay structure!). But excessive pay is actually a secondary problem. The real issue is the explosion in the number of staff. The image below, taken from a 1993 congressional report, shows the increase in the number of staff for each member of the House of Representatives. This doesn’t include, incidentally, the increase in committee staff and the growth in auxiliary institutions such as the Congressional Budget Office (the folks who just told us that a giant new entitlement program would reduce red ink).


It’s a chicken‐​and‐​egg issue whether this bloated congressional staff structure is a result of bigger government, or whether it contributes to bigger government. In either case, it would be a good idea to go back to the number of staff — and size of government — we had in the past. 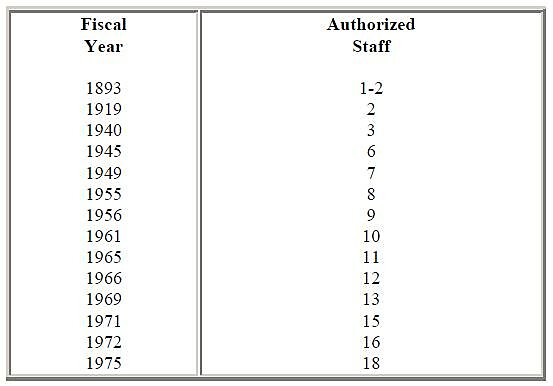