NPR says that President Obama will propose that millionaires pay income taxes “at the same rates as average working Americans.” On the 9:00 a.m. hourly news.)


That would be good news for most millionaires: 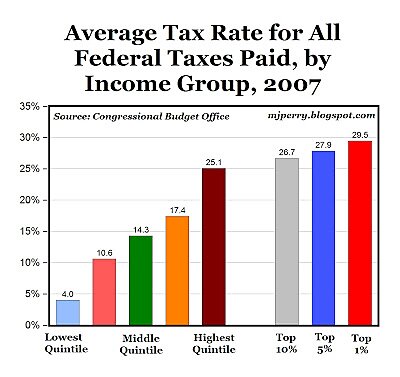 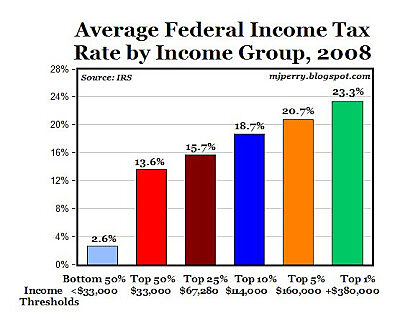 To be sure, NPR’s longer stories on Obama and the “Buffett rule” are more precise, as in Tuesday’s story that said the proposed law “would require anyone making a million dollars a year or more to pay at least 30 percent in taxes.” Even there, though, the sentence went on to say “- about twice what some millionaires pay now.” And as the charts above show, that’s quite misleading. The Congressional Budget Office reported in 2010,

The overall federal tax system is progressive—that is, average tax rates generally rise with income. Households in the bottom quintile (fifth) of the income distribution paid 4 percent of their income in federal taxes, while the middle quintile paid 14 percent, and the highest quintile paid 25 percent. Average rates continued to rise within the top quintile, with the top 1 percent facing an average rate of close to 30 percent.