The pictures tell the story: 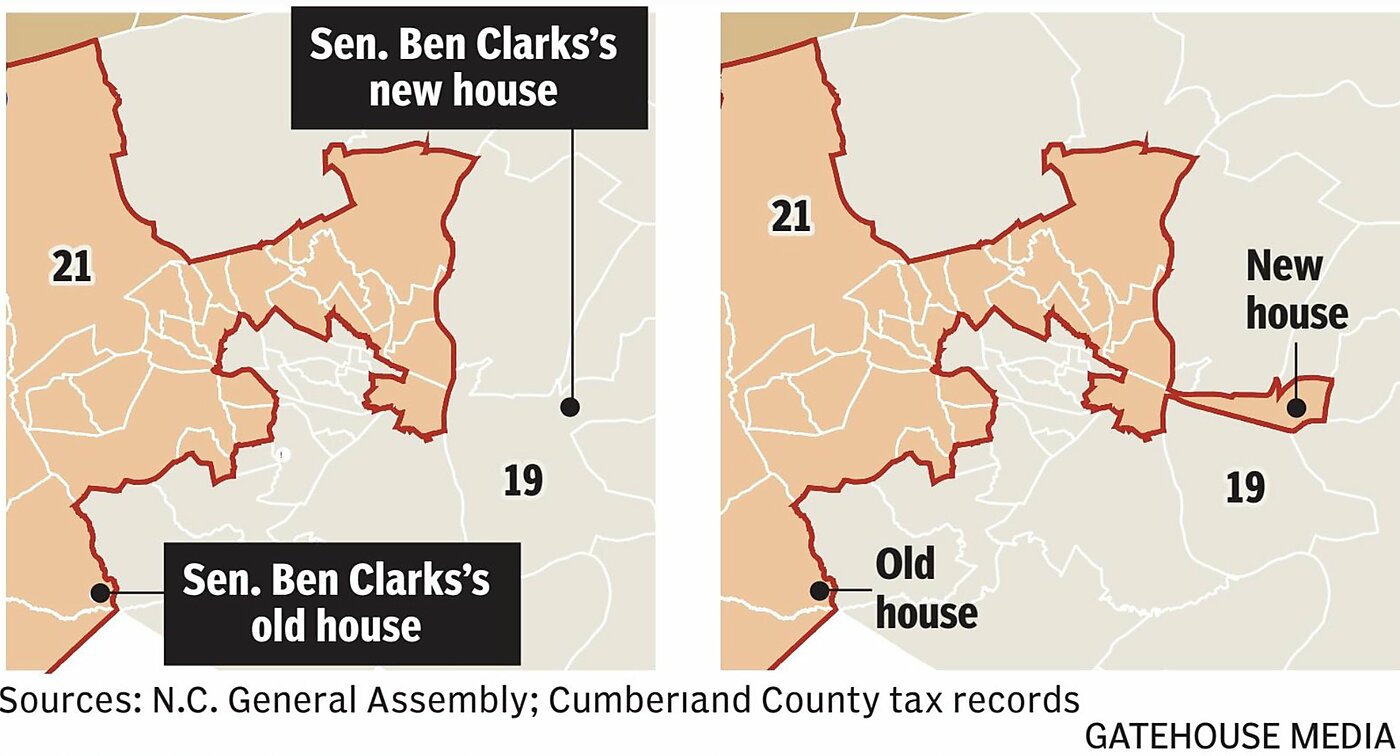 The drafters of a North Carolina redistricting plan drew a finger of land from a state senator’s district to take in a second home he’d recently built outside its bounds.


From what I’ve seen in my work on redistricting issues in Maryland and elsewhere, there’s nothing unusual about this tactic (except maybe how blatantly it was done). Sometimes the finger method is welcome to the lawmaker in question, other times it serves to limit his options or keep him out of a district where he might run strongly.


In my chapter on this subject on Cato’s recently updated Handbook for Policymakers, I wrote:

The American system tends to leave the power of redistricting in the hands of the same officials whose careers are at stake, and they have routinely misused that power to draw lines with the aim of electing or defeating one or another candidate or party.…Redistricting reform makes sense for its own sake and as a safeguard against the entrenchment and insulation of a permanent political class.

It would also keep rival lawmakers from giving each other — not to mention the voters — the finger.