No Matter How Hard He Tries, Obama Will Never Be as Bad as FDR

I've explained on many occasions that Franklin Roosevelt's New Deal was bad news for the economy. The same can be said of Herbert Hoover's policies, since he also expanded the burden of federal spending, raised tax rates, and increased government intervention.

So when I was specifically asked to take part in a symposium on Barack Obama, Franklin Roosevelt, and the New Deal, I quickly said yes.

I was asked to respond to this question: "Was that an FDR-Sized Stimulus?" Here's some of what I wrote.

President Obama probably wants to be another FDR, and his policies share an ideological kinship with those that were imposed during the New Deal. But there’s really no comparing the 1930s and today. And that’s a good thing. As explained by Walter Williams and Thomas Sowell, President Roosevelt’s policies are increasingly understood to have had a negative impact on the American economy. ...[W]hat should have been a routine or even serious recession became the Great Depression.

In other words, my assessment is that Obama is a Mini-Me version of FDR, which is a lot better (or, to be more accurate, less worse) than the real thing.

To be sure, Obama wants higher tax rates, and he has expanded government control over the economy. And the main achievement of his first year was the so-called stimulus, which was based on the same Keynesian theory that a nation can become richer by switching money from one pocket to another. ...Obama did get his health plan through Congress, but its costs, fortunately, pale in comparison to Social Security and its $30 trillion long-run deficit. And the Dodd-Frank bailout bill is peanuts compared to all the intervention of Roosevelt’s New Deal. In other words, Obama’s policies have nudged the nation in the wrong direction and slowed economic growth. FDR, by contrast, dramatically expanded the burden of government and managed to keep us in a depression for a decade. So thank goodness Barack Obama is no Franklin Roosevelt.

The last sentence of the excerpt is a perfect summary of my remarks. I think Obama's policies have been bad for the economy, but he has done far less damage than FDR because his policy mistakes have been much smaller.

Moreover, Obama has never proposed anything as crazy as FDR's "Economic Bill of Rights." As I pointed out in my article, this "would have created a massive entitlement state—putting America on a path to becoming a failed European welfare state a couple of decades before European governments made the same mistake."

On the other hand, subsequent presidents did create that massive entitlement state and Obama added another straw to the camel's back with Obamacare. And he is rigidly opposed to the entitlement reforms that would save America from becoming another Greece. So maybe I didn't give him enough credit for being as bad as FDR. 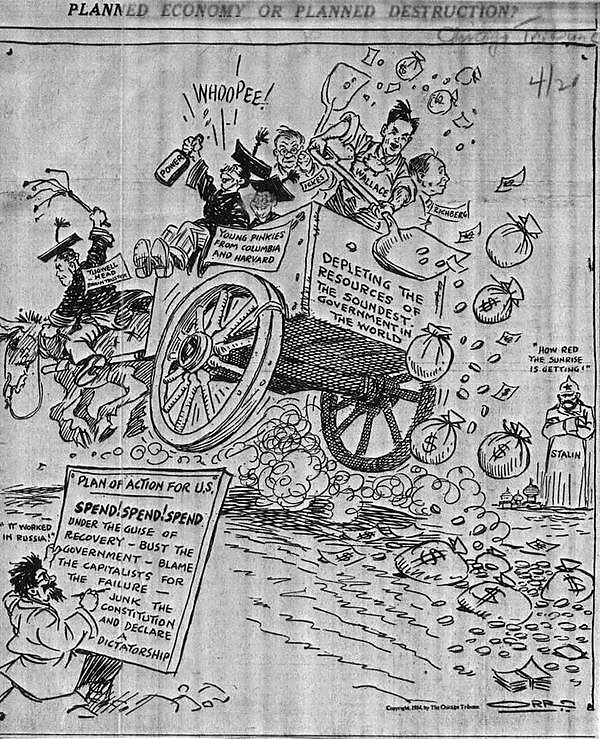 And from the left, it's interesting to see that Dean Baker of the Center for Economic and Policy Research basically agrees with me. But only in the sense that he also says Obama is a junior-sized version of FDR. Dean actually thinks Obama should have embraced his inner-FDR and wasted even more money on an even bigger so-called stimulus.