No Common Schools, No Peace? 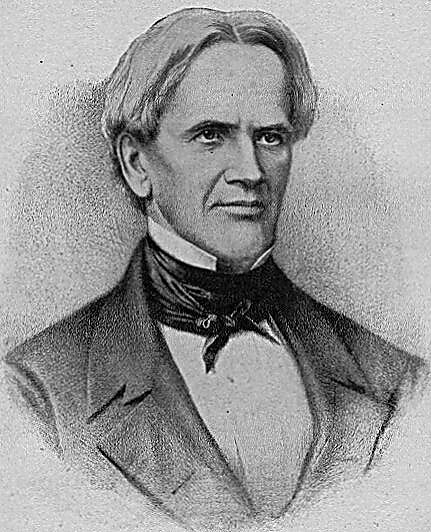 Today is the mid‐​point of National School Choice Week, and we’re once again rockin’ to the oldies of prognostication. This time we’re going all the way back to the Mann. That’s Horace Mann, the “Father of the Common School” himself.


It is Mann who, among many things, is probably most responsible for introducing one of the deepest underlying sentiments supporting government schooling: that public schools will unify us and give us peace. As he waxed eloquent in his first annual report as Secretary of the newly‐​constituted Massachusetts State Board of Education:

Amongst any people, sufficiently advanced in intelligence, to perceive, that hereditary opinions on religious subjects are not always coincident with truth, it cannot be overlooked, that the tendency of the private school system is to assimilate our modes of education to those of England, where churchmen and dissenters, —each sect according to its own creed,—maintain separate schools, in which children are taught, from their tenderest years to wield the sword of polemics with fatal dexterity; and where the gospel, instead of being a temple of peace, is converted into an armory of deadly weapons, for social, interminable warfare. Of such disastrous consequences, there is but one remedy and one preventive. It is the elevation of the common schools.

How wrong Mann was.


Keep in mind that as of 1837, the year Mann gave his first address, some pretty impressive unifying things had happened in America despite education being grounded in families, private schools, and yes, churches. We’d established unified colonies; penned and ratified a Declaration of Independence that enunciated foundational American values; fought and won a war against the greatest military power on Earth; established a new nation; and created a national government based on a Constitution that — though it’s legs are under constant assault — still stands.


But let’s get to Mann’s prediction: Did “elevation of the common schools” end “social, interminable warfare”?


Not on your life. Indeed, by attempting to force diverse people into a monolithic system of government schools, it most likely exacerbated social tensions and sparked otherwise avoidable wars. To name just a few school‐​stoked conflagrations (both real and rhetorical):

These are just some of the most well known or violent of the battles in the “interminable warfare” sparked not by private schooling, but the public schools Mann promised would bring peace if they became ascendant. Indeed, as I itemized in an analysis of just the 2005-06 school year, values‐​based skirmishes are fought all around us, all the time, whether over prayer in the schools, reading assignments, bullying and student speech, ethnic studies, and on and on. But that is exactly what we should expect when people of widely diverse religions, ethnicity, and philosophies are all required to support a single system of government schools. They won’t just give up the things that are often at the very heart of their lives — they will fight to have them taught.


Perhaps the biggest irony in all this is that students who attend private schools, even after adjusting for important non‐​school factors, are actually more knowledgeable about civics, active in their communities, and tolerant of others than are public school students. As University of Arkansas professor Patrick Wolf discovered in reviewing the empirical literature:

The statistical record suggests that private schooling and school choice often enhance the realization of the civic values that are central to a well‐​functioning democracy. This seems to be the case particularly among ethnic minorities (such as Latinos) in places with great ethnic diversity (such as New York City and Texas), and when Catholic schools are the schools of choice. Choice programs targeted to such constituencies seem to hold the greatest promise of enhancing the civic values of the next generation of American citizens.

How could this be? Because, in contrast to the assumption of Mann and others, most people don’t have to be forced to embrace tolerance and responsible freedom, they choose them. Public schooling, conversely, sends the message that government, not individuals freely working together, is responsible for whatever problems communities face. Even more importantly, by forcing diverse people together, government schools drop them into a zero‐​sum arena and render conflict all but inevitable.


Common schools haven’t brought us peace in our day. Indeed, quite the opposite.