New York Times “Celebrates” the Fall of the Berlin Wall 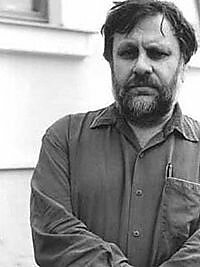 In a way, I always knew it would happen. I knew that, come November 9, the left‐​leaning NYT would publish an article focusing on the supposed crisis of capitalism rather than the end of communist dictatorship. Still, I was not prepared for Slavoj Zizek’s op‐​ed entitled “20 Years of Collapse.”


First, a few words about the author — a Marxist philosopher from Slovenia. Generally ignored or ridiculed in Slovenia, Zizek is considered (by some) to be the new messiah of leftist thought in the West. Why did the NYT chose to celebrate the 20th anniversary of the collapse of communism with Zizek’s call for “socialism with a human face,” rather than an op‐​ed by someone like Vladimir Bukovsky, a former Soviet political prisoner tormented for years by the communists, is anyone’s guess.


But, it is the substance of Zizek’s article that is so misleading. The article makes absolutely no mention of the economic progress made in Central and Eastern Europe. Yet, as the World Bank and even the United Nations tell us, incomes in the region have substantially increased and so has school enrollment. People live longer and healthier lives; environmental quality has much improved.


Zizek mentions communist oppression, but nowhere does he mention that 100 million people have died in the pursuit of communist utopia. Contemporary Marxists either ignore the astonishingly high number of victims of communism or try to minimize it. That is understandable. No matter what the (real or imagined) problems with capitalism are today, no sane person would be willing to embrace an alternative to capitalism that has a habit of resulting in a mountain of corpses.


The second — and equally risible tactic of contemporary communists (as Paul Hollander mentions in his just released Cato study) — is to try to draw a moral equivalence between socialism and market democracy. Zizek attempts to do exactly that by telling a story of a Soviet defector who became an outspoken critic of McCarthyism in the United States. The idea that there is any but the most superficial similarity between Soviet totalitarianism and the United States in the 1950s is preposterous — unless, of course, you are a modern‐​day leftist trying to salvage whatever remains of your philosophy from the dustbin of history.


Zizek is right to point out that there is growing disenchantment with capitalism and democracy. But, the recently released Pew and BBC polls have surely been influenced by the current (and likely temporary) economic environment, which, we are told, is the worst since the Great Depression. There are other psychological factors at work. Current problems feature more prominently in the minds of today’s Central and Eastern Europeans than shortages of 20 years ago and the old tend to remember their youth fondly — no matter what the actual political and economic circumstances.


Last, but not least, young people in the region know very little about communism. Learning about communism is by‐​and‐​large superficial, because the level of collaboration with communist regimes was very high among the general public. A thorough investigation of communist crimes would open too many wounds, it is claimed. Unfortunately, this collective amnesia means that instead of appreciating the great advances that their societies have made over the past 20 years, young people focus on their societies’ shortcomings vis‐​à‐​vis the contemporary West.


I have lived under communism. Although I have never personally experienced its true horrors, I had family members who did. The NYT’s choice of a lead op‐​ed on the day of an almost miraculous deliverance of hundreds of millions of people from communist slavery is shameful and sickening.