The ‘New Normal’ of High Unemployment

I almost feel sorry for the Obama administration's spin doctors. Every month, they probably wait for the unemployment numbers from the Bureau of Labor Statistics with the same level of excitement that people on death row wait for their execution date.

This has been going on for a while, and today's new data provide another good example.

As the chart below indicates, the White House promised that the unemployment rate today would be almost 5 percent if we enacted the so-called stimulus back in 2009. Instead, the new numbers show that the jobless rate is 7.9 percent, almost 3.0 percentage points higher. 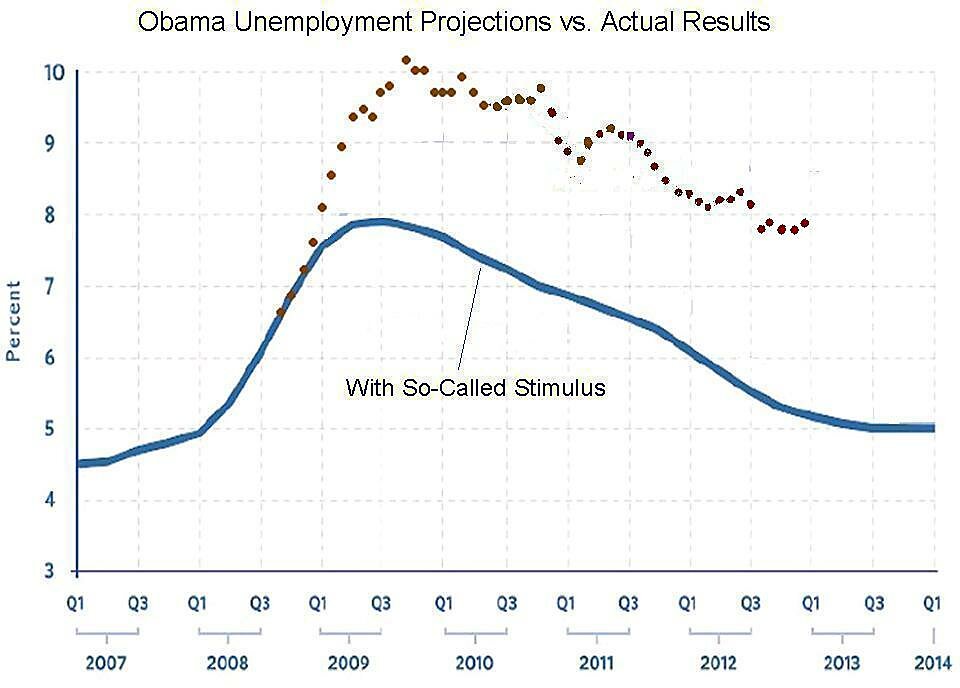 I enjoy using this chart to indict Obamanomics, in part because it's a two-fer. I get to criticize the administration's economic record, and I simultaneously get to take a jab at Keynesian spending schemes.

What's not to love?

That being said, I don't think the above chart is completely persuasive. The White House argues, with some justification, that these data simply show that they underestimated the initial severity of the recession. There's some truth to that, and I'll be the first to admit that it wouldn't be fair to blame Obama for a bleak trendline that existed when he took office (but I will blame him for continuing George W. Bush's policies of excessive spending and costly intervention).

That's why I think the data from the Minneapolis Federal Reserve are more damning. They show all the recessions and recoveries in the post-World War II era, which presumably provides a more neutral benchmark with which to judge the Obama record.

As you can see from the chart, below, of job creation during all post-World War II recoveries, there's one period that stands out for having the worst performance. Take a wild guess which line includes the Obama years. 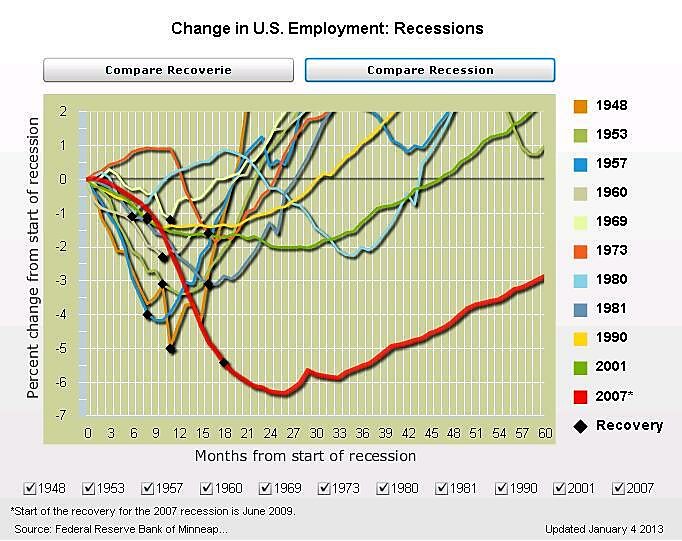 An Obama defender will argue that this chart is unfair because the recession began during the Bush years. Since there's no significant difference between Bush's policies and Obama's policies, I don't think that's a strong defense, but let's bend over backwards and instead look at job creation during the recovery periods, which is shown in the chart below. 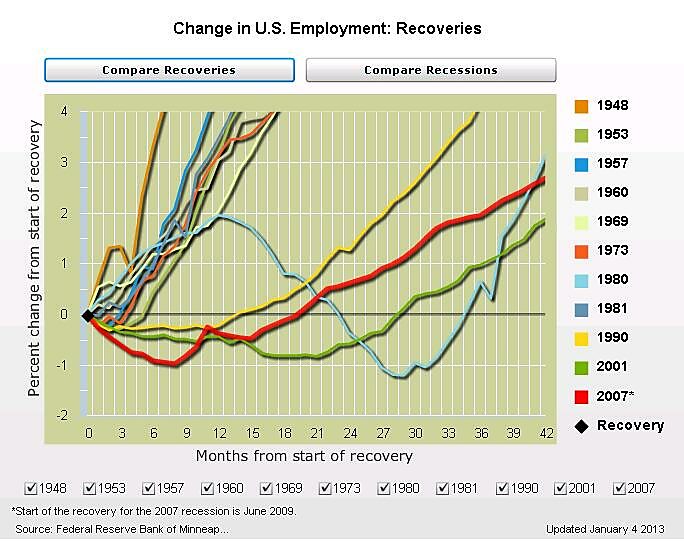 These numbers are a bit more favorable (or less damning) to Obama, but you can see that job creation for this recovery has been far below the average. Indeed, it only surpasses Bush's job numbers coming out of the 2001 recession.

I'm not surprised that the job numbers for both Bush and Obama are both dismal. As stated above, they both pursued a statist agenda (though a Bush defender doubtlessly will point out that unemployment didn't drop that much in 2001, so it would have been impossible to have a strong post-recession bounce).

The real lesson to be learned is that we live in an era of higher taxes on productive activity, a heavier burden of government spending, and more costly government regulation and intervention. And since we're now more like Europe, the "new normal" is to have weak European-style economic numbers.