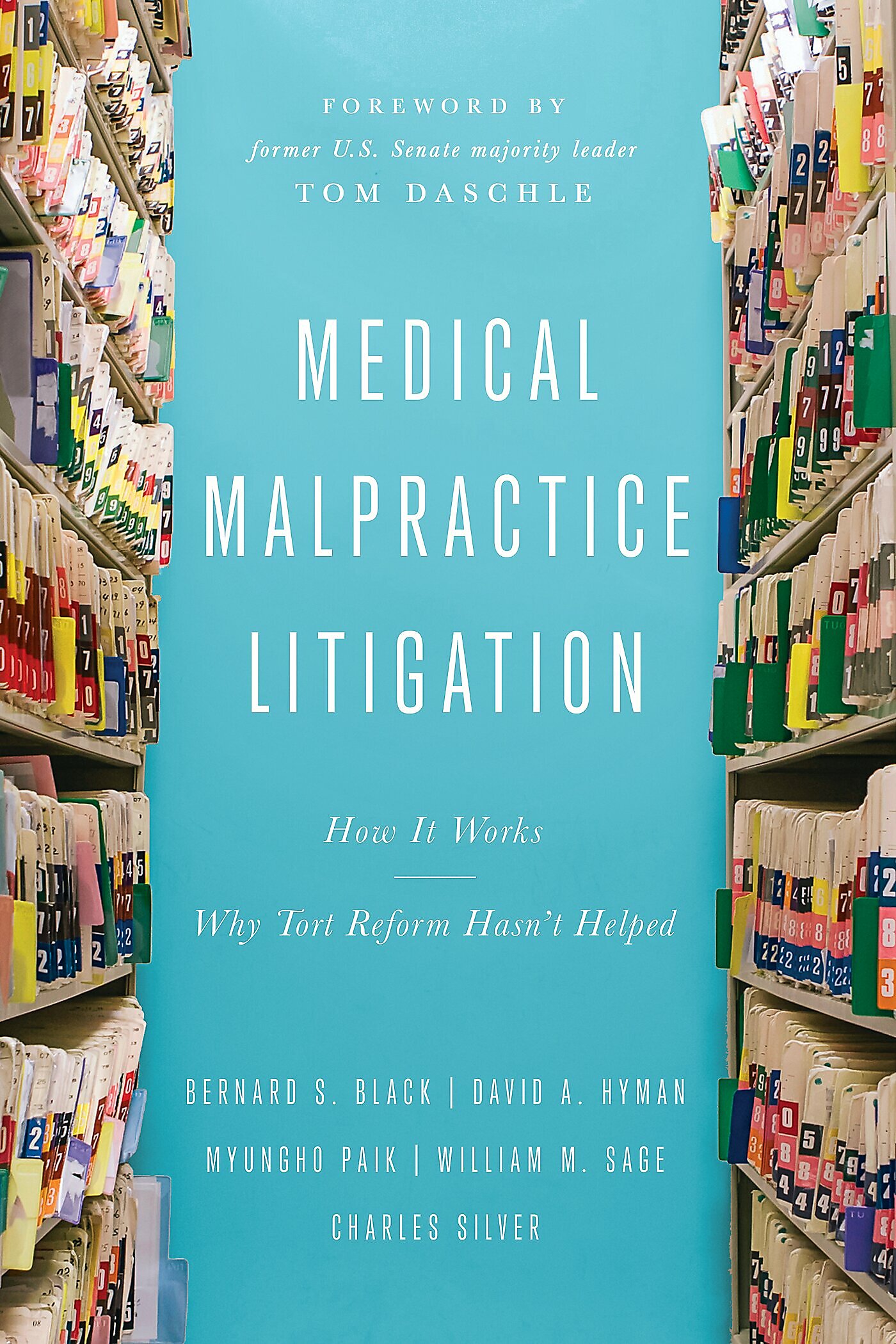 The book compiles decades of real‐​world data to shatter persistent myths that surround the debate over “med mal” reform.

Providers argue that limiting physicians’ exposure to liability will improve access to care, asserting that such protections would attract physicians to areas with physician shortages, reduce the cost of running a physician practice, and make it more appealing for physicians to treat high‐​risk patients. I was on the receiving end of many such briefings.

On the other side, trial lawyers are equally insistent that limiting physician liability would not reduce health care costs or improve access. They predict there would be many more injured patients once caps on damages reduced or eliminated the liability risk for negligent treatment…

The authors present research suggesting that while the medical malpractice liability system is unlikely to be the cause of those premium spikes, it isn’t doing nearly enough to make health care safer or better. And the usual reforms that some health care providers seek may not be doing much to help patients or taxpayers. Where states have enacted those reforms, they mostly seem to benefit health care providers and liability insurers.

The authors even find evidence suggesting caps on damages—contrary to supporters’ promises—may be increasing spending. Below is Figure 12.1 from the book, which shows that when states enacted caps on damages, Medicare Part B spending increased relative to states that already had caps on the books and to states that did not. 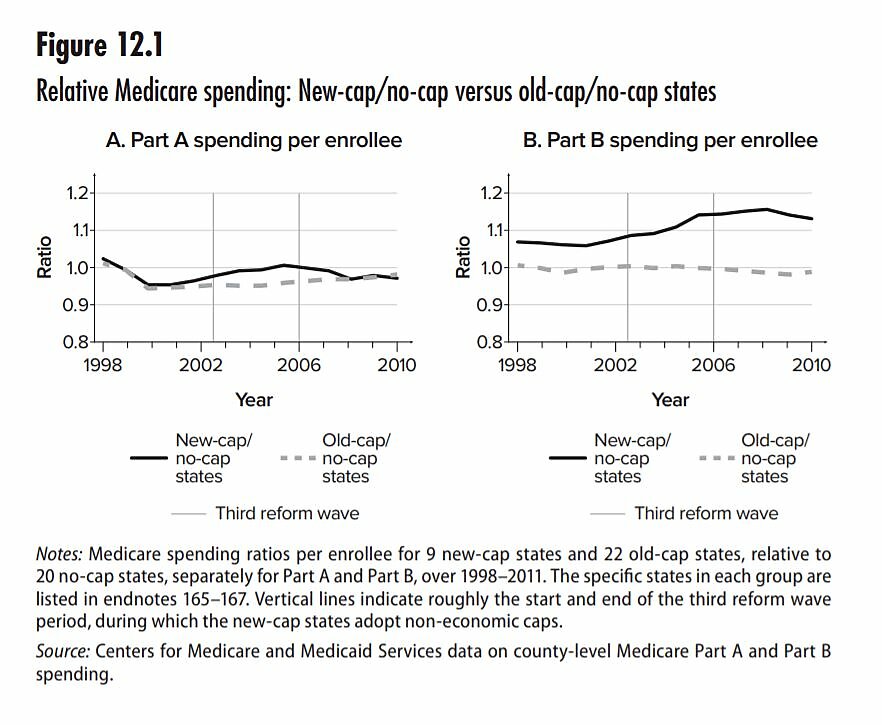 Order or download your copy today through Amazon or the Cato book store.