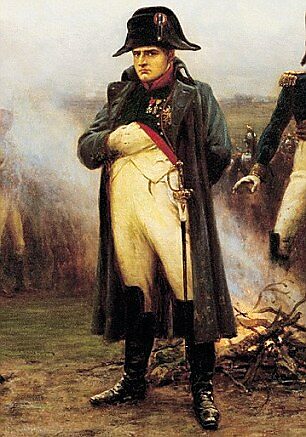 The “first 100 days” was a dictatorial metaphor from the start. It entered the presidential lexicon in 1933, when journalists likened FDR’s legislative onslaught to Napoleon Bonaparte’s 1815 breakout from Elba and subsequent three‐​month rampage, ending at Waterloo.


Thankfully, President Trump’s first 100 days haven’t been nearly so dramatic. It’s as if Napoleon, instead of marching to Paris and then to war, just sat around his Tuscan villa, hand in his waistcoat, ranting about his enemies.


Of the umpteen items in Trump’s “100‐​day action plan,” unveiled last fall in Gettysburg, Pennsylvania, he’s barely moved on most, reversed himself on others, and been stymied by Congress and the courts on the few where he’s made a serious push. The candidate who proclaimed “I alone can fix it” is learning that, on the home front at least, our political system remains resistant to one‐​man rule.


It’s reassuring to learn that our system of separated powers still has some life left in it, at least when it comes to domestic affairs. The danger is that, with his agenda stalled on the home front, Trump may overcompensate abroad. Perversely, it’s in the exercise of military force—the area where presidents can do the most damage—that checks and balances are weakest.


“No administration has accomplished more in the first 90 days” the president insisted recently—a claim that ranks with prior Trumpian whoppers like “largest audience ever to witness an inauguration” and “biggest electoral college win since Ronald Reagan.” Trump was closer to the mark a few days later, when he called the 100‐​Days metric a “ridiculous standard.”


However, the blustery press release the White House put out Tuesday, “100 Days of Historic Accomplishments,” embraces the skewed premise that presidential success should be measured by sheer volume. “President Trump has accomplished more in his first 100 days than any other president since Franklin Roosevelt,” it blares, because he’s “signed 30 executive orders” and “A SLEW OF LEGISLATION”!


But of course Trump’s 100‐​day record can’t measure up to FDR’s 15 major bills passed in the panicked atmosphere of the Great Depression. Nor has he pulled off anything as mammoth as Obama’s $787 billion stimulus package, signed less than a month after his inauguration, during the worst financial crisis since the Depression. But so what? In the modern era, most presidents can’t manage a legislative blitzkrieg absent a national emergency. As political scientist David R. Jones notes,

Are we supposed to be disappointed that Trump hasn’t (yet) enjoyed the proverbial “good crisis” you never want to waste?

All presidents resent looking weak and ineffectual, Trump perhaps more than most. But it’s hard not to, given the vast gulf between media‐​stoked public expectations for the job and what presidents can realistically achieve. It’s enough to give a guy a complex.


In his first three months, Trump has learned that the presidency can be an incredibly frustrating job. Government doesn’t run like a business or a reality show—you can’t just say “you’re fired” to Congress or the Courts.


“Oh, if I could only be President and Congress too for just 10 minutes!” a young FDR once heard his cousin Teddy exclaim. There’s at least one area where a president can. It’s in the exercise of military power where the president approaches the strongman status Trump seems to crave. That’s something he’s learning as well.


So far, Trump has put additional boots on the ground in Syria, loosened rules of engagement designed to minimize civilian deaths, and dropped more bombs in Yemen than Obama did in any year of his presidency. And when Trump gave the order to launch 59 Tomahawk missiles at a Syrian airfield on April 6, he discovered that it made him look presidential—made him president, in fact. As Fareed Zakaria gushed the day after the Syrian strike: “Donald Trump became the president of the United States [last night].” (So maybe he has an extra 77 days—until mid-July—before his real 100 days are up.)


Zakaria was hardly alone in cheering Trump’s illegal airstrikes in Syria. The chorus of media accolades the Syria attack earned Trump had to be immensely gratifying to our ratings‐​obsessed president. But there’s a reason Madison warned against ceding unilateral war‐​making powers to the president: “the trust and the temptation would be too great for any one man.”


In his first 100 days, Trump has discovered that he is “one of the only men on Earth who enjoys the privilege of looking over a menu of place names and being able to give an executable order to blow them to smithereens.” What’s more, American “opinion leaders” will score it as a big “win” when he does. In the months and years to come, we may, indeed, grow sick of winning.