Many Americans feel that the United States government is not in control of the border and that the lack of control is a deliberate government policy. Nothing could be further from the truth. The government has greatly expanded the scale and scope of immigration enforcement on the southern border in recent decades.

The government built fencing on the southwest border and increased the mileage from zero in 1990 to 653 today (Figure 1). Some of that fencing is porous and much of it is made to deter vehicles, but it is located in some of the previously most heavily trafficked areas. The effect was that unlawful immigrants were forced to cross in new, more dangerous areas. President-elect Donald Trump said he wants a 1,000-mile wall at the border, which means he’s already most of the way there. 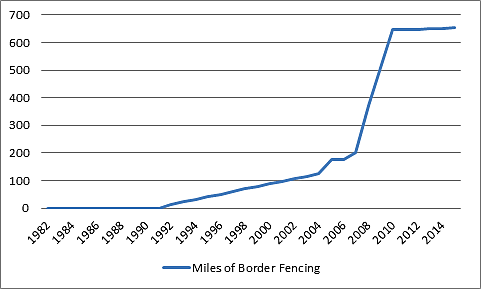 Similarly, the number of border patrol agents has grown more than 8-fold since 1982 compared to a 4 percent overall decrease in the number of non-military federal employees in the legislative, judicial, and executive branches (this does not include federal contractors). This vast expansion is underreported but it hasn’t dimmed the clamor for more resources and agents (Figure 2). 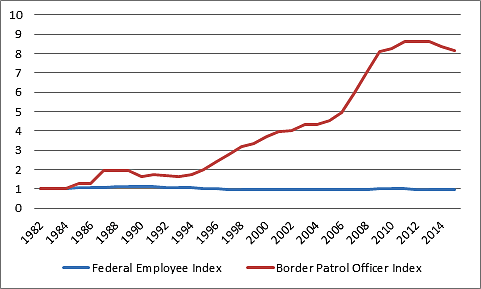 Sources: Office of Personnel Management and Customs and Border Protection.

Estimates vary, but the gross number of illegal immigrant entries has also declined. That decrease is explained in part by increased enforcement but also by poor job growth in the United States and more guest worker visas. One estimate of the gross illegal entries shows a sharper decline (Figure 3) than the other (Figure 4) but they both show a steep decline in recent years. 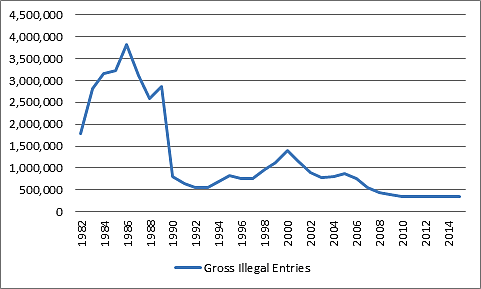 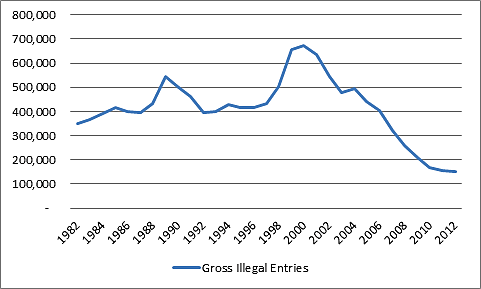 From 1982 to the end of 2015, 98.6 percent of all apprehended unlawful immigrants have been returned or removed (R&Rs) to their home countries (Figure 5). The Obama administration has not relaxed immigration enforcement along the border (Figure 6). Some years have more R&Rs than apprehensions because the unlawful immigrants are apprehended in the earlier year and then deported in the following year (Figure 6). 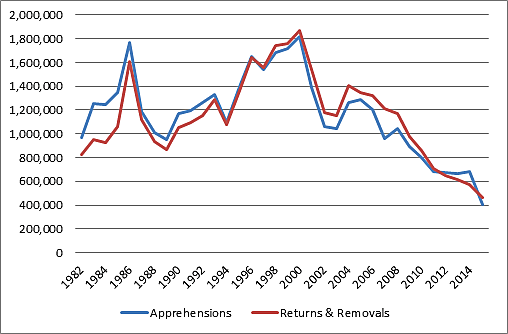 Ratio of Returns & Removals to Apprehensions 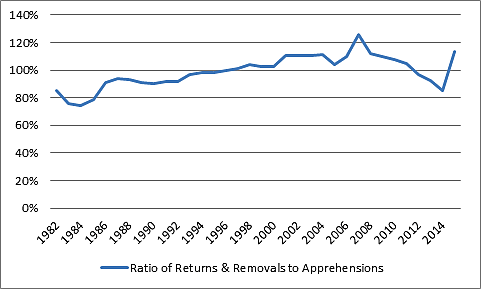 The Obama administration did massively ramp up interior enforcement from 2009 to 2011. His administration increased the percentage of the entire unlawful immigrant population deported every year as well as and the total number of people deported from the interior of the United States (Figure 7). 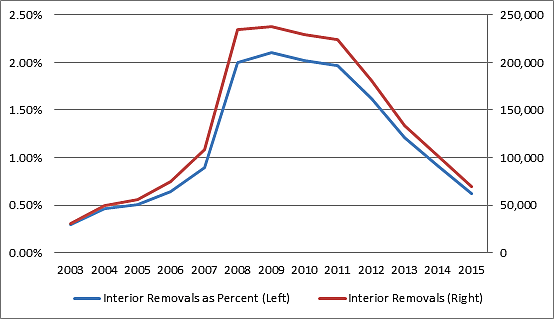 How Unlawful Immigrants are Apprehended 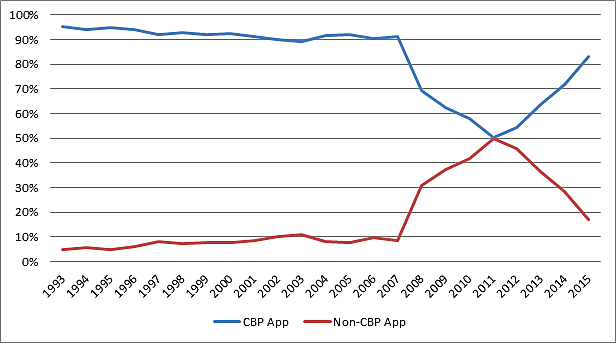 The size of the illegal immigrant population has fallen during the entire Obama administration due to the lackluster economy, increased immigration enforcement, and more guest workers (Figure 9). President Obama managed to achieve what the last three presidents before him failed to do: leave the White House with fewer illegal immigrants in the country than when he entered without a formal amnesty. Although his reputation as the Deporter-in-Chief has dimmed in recent years due to DACA and DAPA, his administration likely will have removed as many illegal immigrants from the United States during his two terms as were removed from 1978 to 2008. 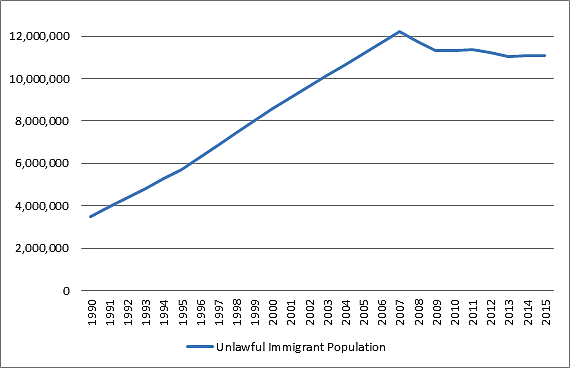 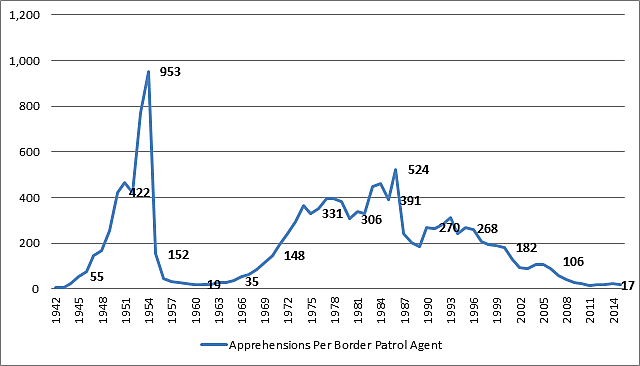 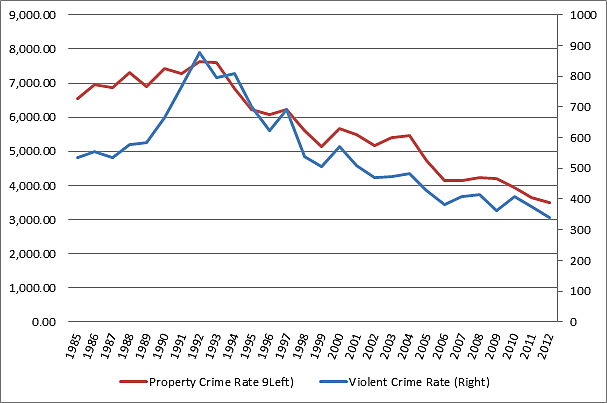 President-elect Donald Trump has called for a large increase in border enforcement including the expansion of a wall. The decline in the flow of illegal immigration, relative peace at the border, 653 miles of border wall, and a huge increase in the size of the enforcement bureaucracy are evidence that the government does not need to expand immigration enforcement.