It is with delight this week that I see social media pouring derision on mainstream media’s depiction of the world. Specifically, the withering mockery given to Newsweek’s “Muslim Rage” cover.


Gawker helped catalyze things by publishing some early Twitter send‐​ups of the Muslim rage concept—“Wrestling is fake? #MuslimRage”—and its own spoof: “13 Powerful Images of Muslim Rage.”

I’m having such a good hair day. No one even knows. #MuslimRage

It is not automatic to recognize the personality of souls in other cultures and countries. In a Tweet posted September 12th (now apparently taken down) outgoing Village Voice editor‐​in‐​chief Tony Ortega said, “Islam needs to get a [expletive] sense of humor.” I don’t know what one means by anthropomorphizing a religion, but many individual Muslims demonstrably already have one. 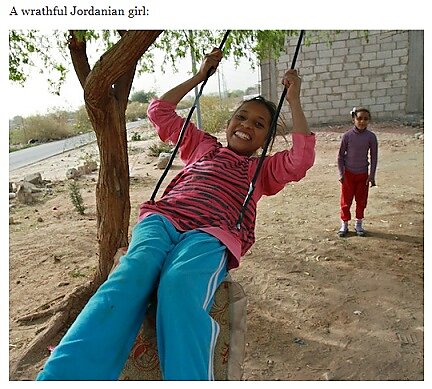 
On the Wall Street Journal Professional site, Bret Stephens writes about the derision U.S. culture can pour on minority religions other than Islam without eliciting much stir at all, official or otherwise. The unfairness is notable, and it’s worth talking about whether government‐​issued statements about the bizarre “Innocence of Muslims” video were called for and whether they struck the right notes.


But Stephens says something that has a quality similar to Ortega’s Tweet and Newsweek’s cover, dismissing the individuality of the one billion‐​plus Muslims around the world who are not rioting, attacking embassies, or doing anything of the sort.


“[T]o watch the images coming out of Benghazi, Cairo, Tunis and Sana’a,” Stephens writes, “is to witness some significant portion of a civilization being transformed into Travis Bickle.” (Travis Bickle was the misfit anti‐​hero in Martin Scorcese’s movie Taxi Driver, who delivered a young prostitute from New York City back to her mid‐​western family. Political people remember him as the inspiration for would‐​be Reagan assassin John Hinckley.)


“Significant portion”? How many Muslims constitute a “significant portion” of the overall number? What infinitesimal percentage of a group so large is “significant”? Stephens might have said “tiny minority” and been more accurate. His implication—hopefully unintended—is that an entire culture is massing at the border of ours, preparing—oh, who knows what—our undoing.


I believe it’s received wisdom in libertarian circles to reject the collectivist mindset that views humans strictly as members of groups rather than individuals. Any believer in individual rights, liberties, and responsibilities should suffer sharp pangs of cognitive dissonance to think of group conflict along the lines I’m reading into Stephens.


So I’m enjoying seeing Muslims express themselves as individuals, putting the lie to their caricature in the mainstream media as a raging undifferentiated mass with spittle on their beards. Especially the women.