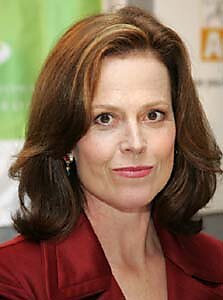 Today in Washington: actress Sigourney Weaver testifies before the  Subcommittee on Oceans, Atmosphere, Fisheries, and Coast Guard of the Senate Committee on Commerce, Science and Transportation Committee on the topic of ocean acidification. Because, you know, she played an environmental scientist in Avatar. It's the best fit since Jane Fonda, Jessica Lange, and Sissy Spacek -- all of whom had played farm women -- testified on America's agricultural crisis.

Congress doesn't have time to vote on presidential nominations. It doesn't bother engaging in serious oversight of presidential power and civil liberties abuses. It looks at the ceiling and whistles as the national debt approaches Greek levels. But members of Congress have time to listen to an actress discuss the topic of ocean acidification.

This seems like a topic for "Really!?! with Seth and Amy" on Saturday Night Live. Really, Senate Commerce Committee? You think Sigourney Weaver has important information that you need to know? Really? And you're not just doing this to get yourselves on television? Really!?! And you think the most important thing members of Congress could be doing today is getting their pictures taken with Sigourney Weaver? Really!?!

Of course, this is not just a one-day thing for Sigourney Weaver. She also traveled this month to Brazil to try to stop the construction of a dam. Because who would know better than a Hollywood-Manhattan actress how to make tradeoffs between energy needs and environmental risks in Brazil?

Now let me just say that I'm not arguing that ocean acidification isn't an important topic. And I'm not criticizing Avatar or its defense of property rights. I'm just questioning whether Sigourney Weaver, Sissy Spacek, Jeff Daniels, Nick Jonas, and the Backstreet Boys have the kind of expertise that Congress ought to draw on in deciding how to run my life. Or then again, maybe planning the economy and running other people's lives is farce at best, and Congress should just hold hearings with Will Ferrell and John Cleese.