Mr. President, the Only Thing We Can Learn from Communism Is that It Doesn’t Work

Over the years, President Obama has made some statements that indicate a rather statist mindset.

Now he may have added to that list during a recent speech in Argentina. Check out this excerpt from a report in the Daily Caller.

President Barack Obama downplayed the differences between capitalism and communism, claiming that they are just “intellectual arguments.” ...Obama said..."I think for your generation, you should be practical and just choose from what works.”

It's hard to object to the notion that people should choose "what works," so perhaps there's not a specific quote that I can add to my collection. 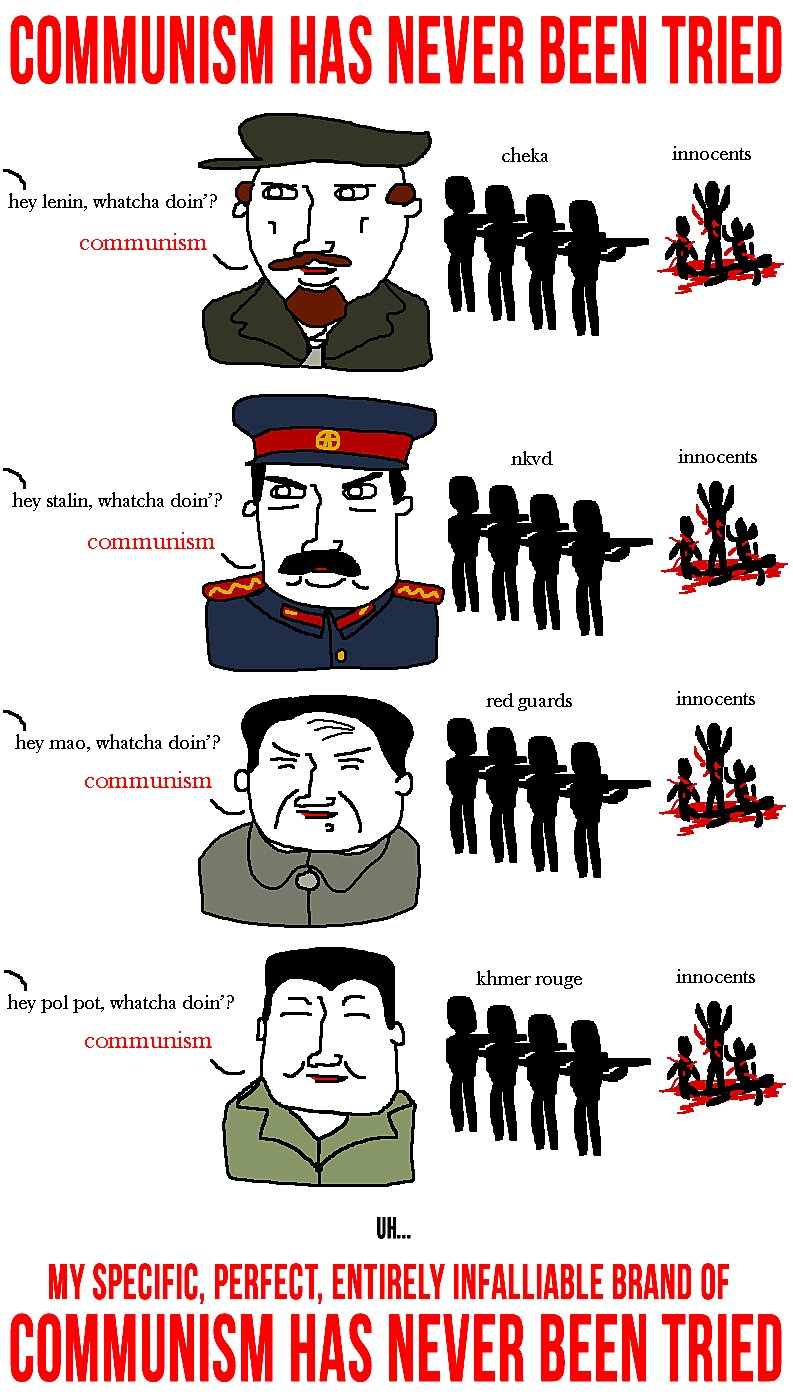 However, the president's implication that there's some kind of equivalence between capitalism and communism, which both systems having desirable features, is morally offensive. Sort of like saying that we should "choose from what works" in Hitler's national socialism. Here's what we know about the real-world impact of communism.

Communism is a disgusting system that butchered more than 100,000,000 people.

It is a system that leads to starvation and suffering.

So what exactly "works" in that system? If you watch Obama's speech, you'll notice there's not a lot of substance. There is a bit of praise for Cuba's decrepit government-run healthcare system (you can click here, here, and here if you want to learn why the system is horrifying and terrible for ordinary citizens). And he also seems to think it's some sort of achievement that Cuba has schools.

So let's take a closer look at what Cuba actually has to offer. Natalie Morales is a Cuban-American actor, writer, and filmmaker. Here's some of what she wrote about her country and her relatives still trapped on the island.

...we send money, medicine or syringes for the diabetic aunt (since the hospital doesn’t have any unused disposable ones), baby clothes, adult clothes, shoes, or food... a doctor, a lawyer, or another similar profession that is considered to be high-earning everywhere else in the world will make about twenty to thirty dollars per month in Cuba. Yet shampoo at the store still costs three dollars. This is because everything is supposed to be rationed out to you, but the reality is that they’re always out of most things, and your designated ration is always meager. ...if you’re a farmer and you’ve raised a cow, and you’re starving, and your family is also starving, and you decide to kill that cow and eat it? You’ll be put in jail for life. Because it’s not “your” cow, it’s everyone’s cow. That’s good ol’ Communism in practice.

Ms. Morales is especially irritated by Americans who fret that capitalism will "ruin" Cuba.

...picture me at any dinner party or Hollywood event or drugstore or press interview or pretty much any situation where someone who considers themselves “cultured” finds out I’m Cuban. I prepare myself for the seemingly unavoidable...“I have to go there before it’s ruined!”...I will say some version of this: “What exactly do you think will ruin Cuba? Running water? Available food? Freedom of speech? Uncontrolled media and Internet? Access to proper healthcare? You want to go to Cuba before the buildings get repaired? Before people can actually live off their wages? Or before the oppressive Communist regime is someday overthrown?"

Here's more about Cuba's communist paradise, including her observations of the healthcare system that Obama admires.

The very, very young girls prostituting themselves are not doing it because they can’t get enough of old Canadian men, but because it pays more than being a doctor does. Hospitals for regular Cuban citizens are not what Michael Moore showed you in Sicko. ...That was a Communist hospital for members of the Party and for tourists... There are no janitors in the hospitals because it pays more money to steal janitorial supplies and sell them on the street than it does to actually have a job there. Therefore, the halls and rooms are covered in blood, urine, and feces, and you need to bring your own sheets, blankets, pillows, towels, and mattresses when you are admitted. Doctors have to reuse needles on patients. My mom’s aunt had a stroke and the doctor’s course of treatment was to “put her feet up and let the blood rush back to her head.”

By the way, none of this means we shouldn't normalize relations with Cuba. There's no longer a Soviet Union, so Cuba doesn't represent a strategic threat. So, yes, relax restrictions on trade and travel, just like we have for China, Zimbabwe, Vietnam, Russia, Venezuela, and other nations that have unsavory political systems.

But the opening of relations doesn't mean we should pretend that other systems are somehow good or equivalent to capitalism and classical liberalism.

Let's close by sharing some news from another garden spot of communism.

If North Korea’s reputation as a place of hunger, hardship and repression was not bad enough, scientists have now discovered that it is too grim even for vultures. ...Eurasian black vultures are no longer bothering to stop over in North Korea as they fly from their breeding grounds in Mongolia to their winter homes in South Korea. They concluded that food is so short under the communist regime that even the world’s best-known carrion birds cannot feed themselves. ...Lee Han Su, of the institute, said: “This seems to happen because in North Korea the vultures can barely find animal corpses, which are major food resources for them.” Under the draconian regime of Kim Jong Un the country is unable to feed itself. International aid agencies report chronic malnutrition in some regions. ...wild animals face the risk of being eaten by people. Defectors describe how victims of the famine were driven to eat dogs, cats, rats, grasshoppers, dragonflies, sparrows and crows. Vultures, for the time being at least, are off the menu.

I'm not sure what American leftists will say we can learn from North Korea. Even PETA presumably won't be happy that starving North Koreans are eating sparrows and grasshoppers.

The bottom line is that there is zero moral equivalence between communism and capitalism. 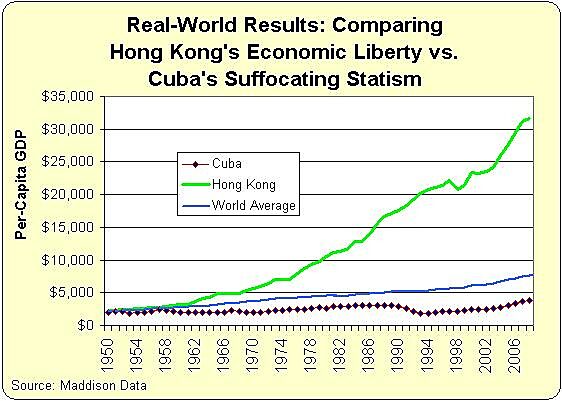 But if you're amoral and simply want to know what works, compare the performance of North Korea and South Korea. Or look at the difference between Cuba and Hong Kong.

But this isn't an issue that should be decided on the basis of utilitarian comparisons. What should matter most is that communism is evil.