Move DC or Move Out of DC?

Washington DC has proposed an anti‐​auto transportation plan that is ironically called “MoveDC” when its real goal is to reduce the mobility of DC residents. The plan calls for reducing auto commuting from 54 percent to no more than 25 percent of all workers in the district, while favoring transit, cycling, and walking. 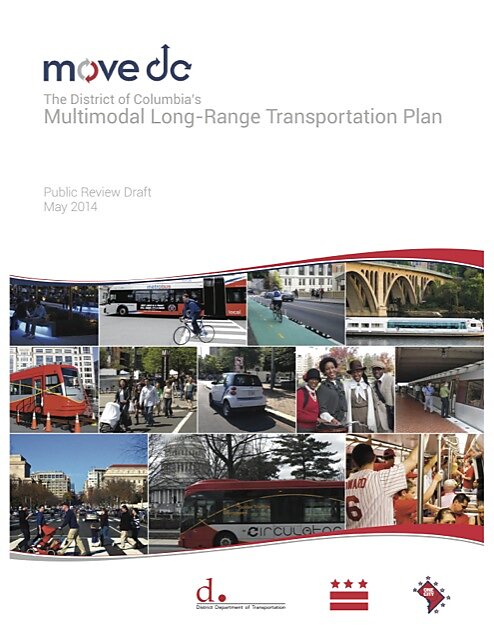 
The plan would discourage auto driving by tolling roads entering the district and cordon‐​pricing. Tolls aren’t necessarily a bad idea: as I explained in this paper, properly designed tolls can relieve congestion and actually increase roadway capacities. But you can count on DC to design them wrong, using them more as a punitive and fundraising tool than as a way to relieve congestion. Cordon pricing is invariably a bad idea, much more of a way for cities to capture dollars from suburban commuters than to influence travel habits.


The Census Bureau estimates that 54 percent of people employed in the district drove to work, while only 37 percent took transit in 2012. Since part of the MoveDC plan calls for discouraging people outside the district from driving to work in the district, it appears the goal is to cut that 54 percent by more than half. DC’s plan to discourage driving by taxing commuters through cordon pricing is more likely to push jobs into the suburbs than to reach this goal.


Congestion isn’t a serious problem in the district, mainly because the legal height limit prevents Manhattan‐​like job concentrations. Instead, the main congestion problems are on the highways entering the district. These problems can be solved through congestion tolls, which would encourage some travelers to shift the time they drive. Because road capacities dramatically decline when they become congested, keeping the roads uncongested would effectively double their capacity during rush hour, which ironically could allow even more people to drive to work. DC’s anti‐​auto planners won’t want to do that, which is why they are likely to focus more on cordon pricing than congestion tolling.


If reducing congestion isn’t the issue, then what is the goal of the anti‐​auto emphasis? MoveDC says it is “rapidly rising travel costs, and concerns about rising carbon emissions.” People deal with rising travel costs by replacing their cars less frequently and buying more fuel‐​efficient cars when they do replace them. MoveDC’s solution is to substitute high‐​cost urban transit for low‐​cost driving, even though transit actually emits more greenhouse gases per passenger mile than driving.

As I documented in this Cato briefing paper, Americans spend about a trillion dollars a year buying, maintaining, operating, and insuring cars and subsidizing highways, in exchange for which they travel about 4 trillion passenger miles per year for an average total cost of 25 cents per passenger mile (about 24 cents of which is paid by users and 1 cent of which is subsidies). In contrast, Washington’s transit system (for the urban area, not just the district) moved people about 2.5 billion passenger miles in 2012 at a cost of $3 billion, or $1.20 per passenger mile (only 34 cents of which was captured in fares).


Meanwhile, the average car and light truck on the road in 2012 got about 20.7 miles per gallon, meaning (at the average occupancy of about 1.6 people per car) it emitted about 268 grams of carbon dioxide per passenger mile. In contrast, Washington’s transit system emitted an average of 285 grams per passenger mile, partly because nearly all of the electricity used to power the MetroRail system comes from burning fossil fuels.


Moreover, driving is rapidly becoming more fuel efficient. The average car and light truck sold last year got nearly 25 mpg, emitting about 235 grams per passenger mile. By 2040, under the Obama administration’s fuel economy standards, the average car on the road will get about 45 mpg, emitting just 130 grams per passenger mile. The Washington MetroRail system, which is stuck using 1970s technology for the foreseeable future, cannot possibly hope to compete.


Here’s the dirty little secret of sustainability plans like MoveDC: Planners aren’t trying to save the planet by moving people to more sustainable forms of transportation, they are trying to save the planet by reducing people’s travel. Someone with a car may travel more than 10,000 miles a year, but take away their car and put them on the best transit system in the world and they’ll probably travel less than 5,000 miles a year. The result is a dramatic reduction in people’s mobility.


Planners say mobility is less important than accessibility, meaning if they put a grocery store, dentist, and coffee shop in the same building or across the street from the building you live in, you won’t need to drive to consume those services. But the great thing about the automobile is that it doesn’t just give us access to a grocery store, it gives us access to a wide range of grocery stores, forcing them to compete on price, quality, and selection. That competition disappears when most are limited to shopping at stores within walking distance.


Moreover, packing more people and services into smaller areas drives up the price of land, making housing unaffordable and increasing the costs of providing groceries and other services. To avoid the high cost of housing, we’ll have to live in smaller homes, another hidden planning goal. Multifamily housing actually uses more energy per square foot than single‐​family homes, but planners make up for that by getting people to live in 1,000-square-foot apartments instead of 2,000-square-foot homes.


Less mobility, smaller homes, higher consumer prices: that’s the sustainable future we can look forward to thanks to plans like MoveDC. Americans probably won’t accept that, so it might be more appropriate to name it “Move Out of DC.”