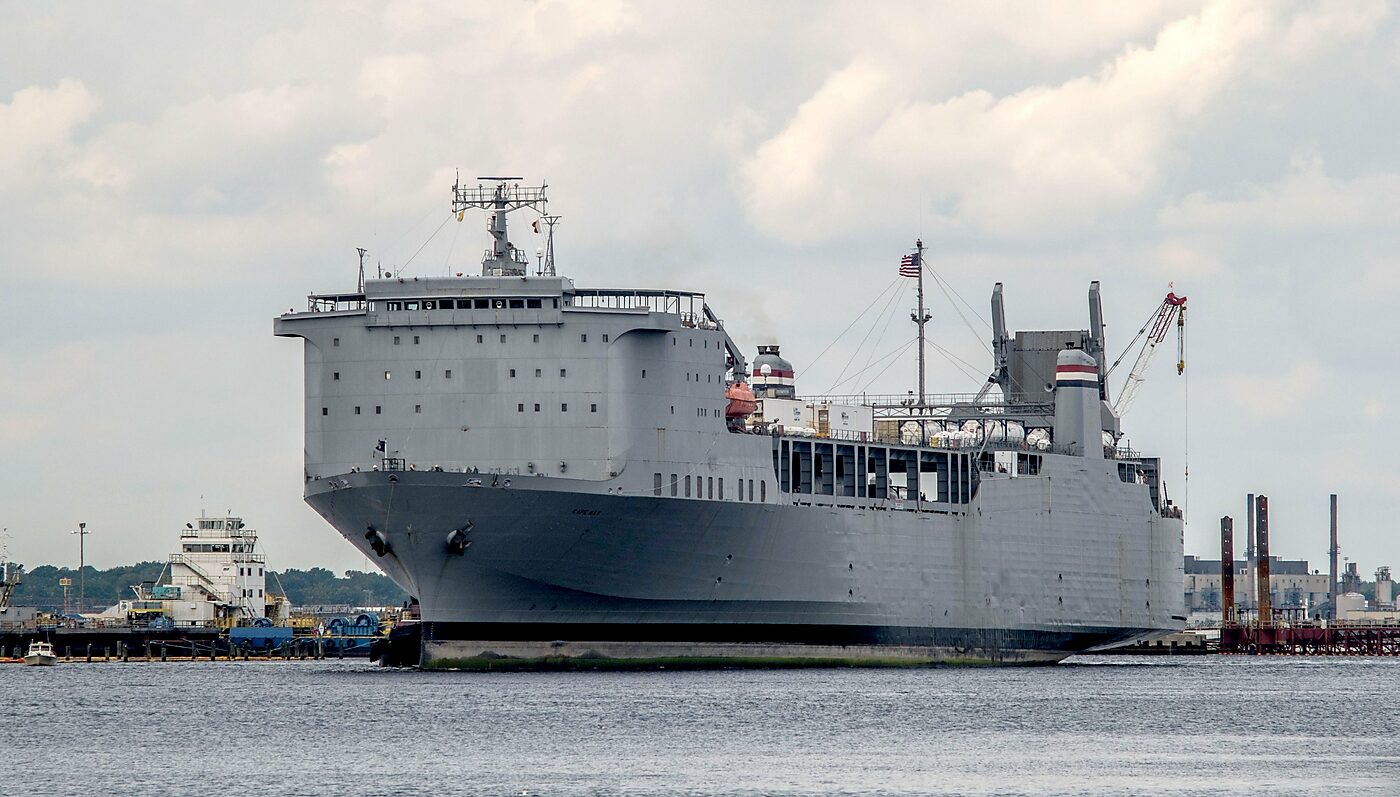 Maritime Administrator Mark Buzby has a problem. As head of the Maritime Administration he is charged with crewing and operating the Ready Reserve Force (RRF), a government‐​owned fleet used for the rapid deployment of U.S. military forces. Speaking at a Navy League‐​sponsored breakfast earlier this week, however, Buzby expressed worry there aren’t enough mariners to operate these ships. The RRF, while used in a military role, relies upon civilian mariners to operate them in wartime scenarios. And those mariners are in short supply.

In fact, a 2017 government report found that for a sustained sealift campaign the United States faces a deficit of approximately 1,800 mariners for those needed to crew the RRF and maintain commercial fleet operations—and that’s in a best‐​case scenario. The obvious remedy according to Buzby: increase the number of U.S.-flag ships to provide more employment opportunities.

“We believe we’re around 1,800 mariners short. So how do you make that up? That’s the question I get asked every single time. We need more places for people to work in peacetime. We need more…we need a larger U.S.-flag fleet by probably about 45 ships.”

Notably, Buzby is an ardent supporter of the Jones Act, the 1920 law which restricts the domestic waterborne transport of goods to vessels that are U.S.-built, U.S.-flagged, at least 75 percent U.S.-crewed, and at least 75 percent U.S.-owned. Indeed, at the same event he listed defending the law remains as among his top priorities. Yet the Jones Act’s U.S.-build requirement is a direct impediment to realizing the goal of more U.S.-flag ships.

That’s because commercial ships built in U.S. shipyards are expensive—frightfully so. A May 2019 Congressional Research Service report found that a U.S.-built tanker is roughly quadruple the price of a foreign‐​built vessel, while a U.S.-built container ship may be quintuple the price of one constructed abroad. For perspective, the same report said that the cost premium attached to U.S.-built ships shortly after the Jones Act’s passage was 20 percent.

This rise in price has correlated with a pronounced decline in the number of Jones Act‐​compliant ships. Fewer ships means fewer mariners to crew the RRF fleet. 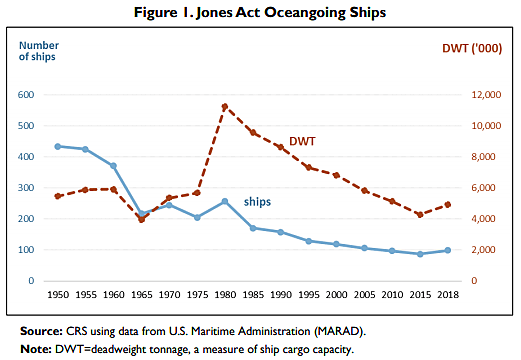 It stands to reason that if Americans had access to cheaper ships that there would be more of them. But don’t take my word for it—U.S. shipyards themselves admit that high prices are a deterrent to the use of the ships they build.

In 2007 the Metal Trades Department of the AFL-CIO filed suit against the U.S. Coast Guard over its ruling allowing the use of foreign‐​built equipment modules in the construction of ships deemed to be U.S.-built. Unsurprisingly, U.S. shipyards sided with the Coast Guard. Preventing the use of foreign‐​built components, Aker Philadelphia Shipyard and General Dynamics‐​NASSCO argued, would make U.S.-built ships more costly and less attractive to purchase. That would mean both less shipbuilding and fewer vessels in the Jones Act fleet.

As Aker (now known as the Philly Shipyard) stated:

[p]reventing shipbuilders from using more efficient methods in constructing vessels will increase the vessel owners’ capital cost. This in turn will increase the rates that the vessel owners must charge, decreasing their competitiveness and further reducing their share of the domestic transportation market. The lower market share will lead to a reduction in the size and number of vessels needed to fulfill the demand for domestic shipping.

If more expensive ships means fewer ships, the reverse logically holds true—cheaper ships means more of them. And the cheapest solution of all would be to allow Americans to transport goods using ships built in other countries, just as they can for all other forms of transportation. That’s not just a good way to expand the U.S.-flag fleet, it’s what free people should be allowed to do.