The More Things Change, the More They Stay the Same

The following headlines were on a magazine cover I saw over the weekend:

With, perhaps, the exception of the headline about New York, one could easily conclude that the magazine is a current issue. However, that’s not the case. The cover actually belongs to the June 21, 1976 issue of U.S. News & World Report. 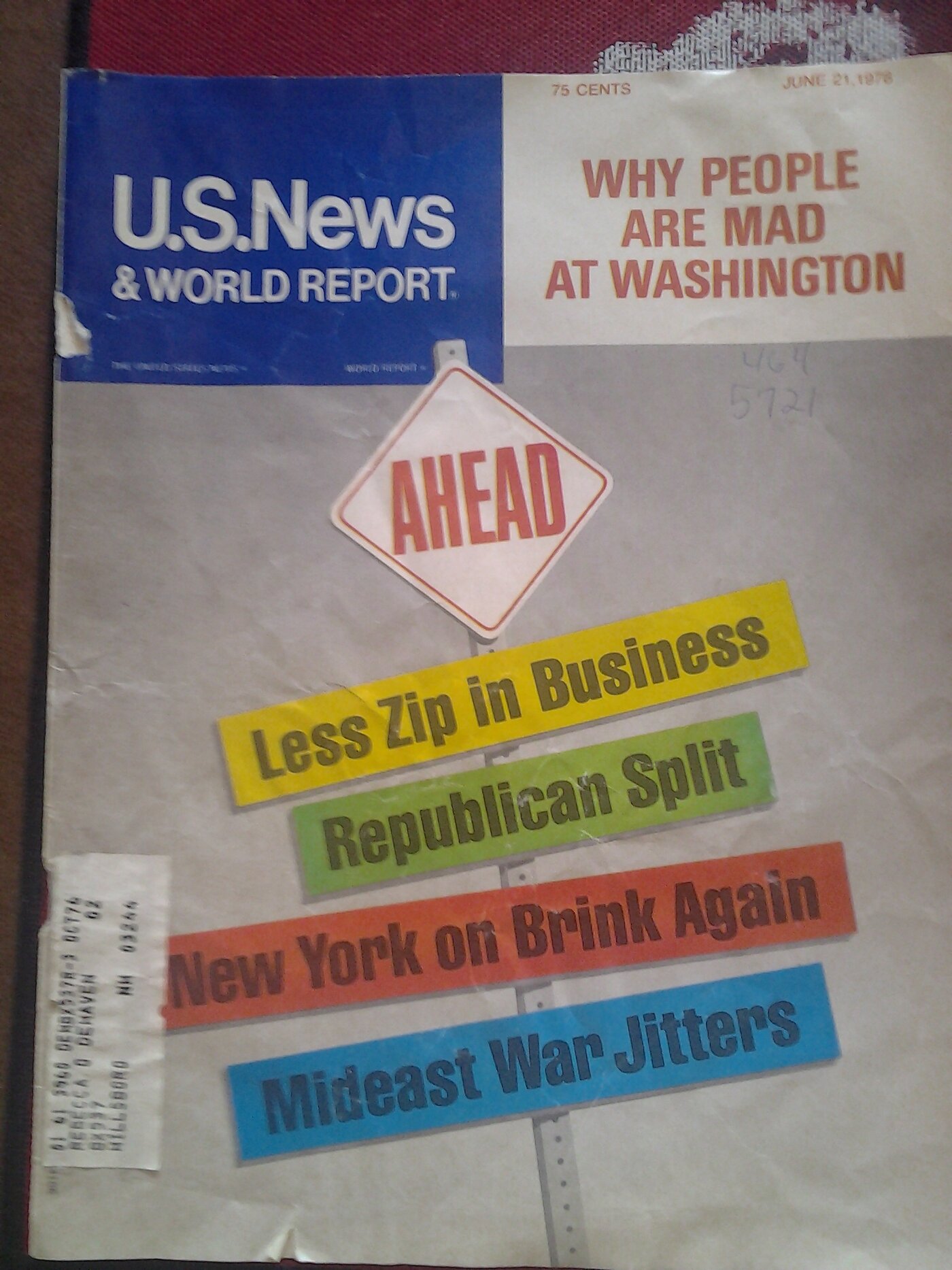 My parents kept it because that was the day I was born. Evidence, I believe, that God has a sense of humor. I can’t help but wonder though: will headlines in another 37 years be that much different?