The Labor Department just released its monthly employment report and the White House is probably not happy.

There are several key bits of data in the report, such as the unemployment rate, net job creation, and employment-population ratio.

At best, the results are mediocre. The unemployment rate generally gets the most attention, and that was bad news since the joblessness rate jumped to 8.2 percent.

What makes that number particularly painful is that the Obama Administration claimed that the unemployment rate today would be less than 6 percent if the so-called stimulus was adopted. But as you can see from the chart, squandering $800 billion on a Keynesian package hasn't worked. 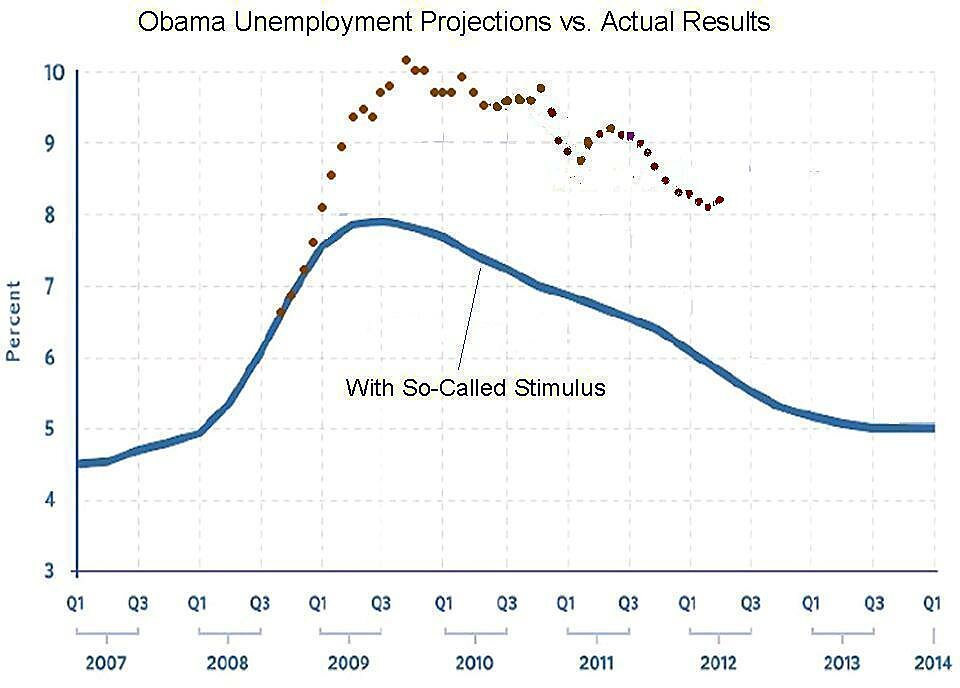 While that chart is probably embarrassing to the White House, I think the most revealing numbers come from the Minneapolis Federal Reserve Bank's interactive website, which allows users to compare employment data and GDP data for different business cycles.

I looked at those numbers a couple of months ago, so I could compare Reaganomics and Obamanomics, and the difference is startling. The Reagan policies of lower tax rates, spending restraint, deregulation, and tight money generated much better results than the statist policies of Obama.

The most recent numbers, shown below, aren't any better for the Obama Administration. 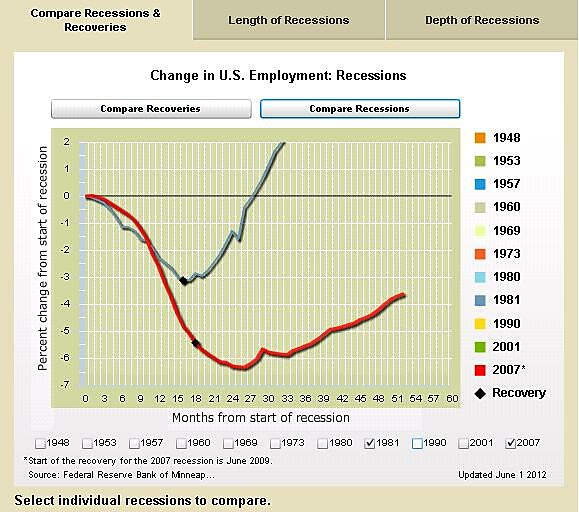 But I suppose the good news is that the United States is not Europe. Government is even bigger on the other side of the Atlantic and many of those nations are in the middle of a fiscal crisis and the unemployment rate averages 11 percent.