I never watched That '70s Show, but according to Wikipedia, the comedy program "addressed social issues of the 1970s."

Assuming that's true, they need a sequel that addresses economic issues of the 1970s. And the star of the program could be the Congressional Budget Office, a Capitol Hill bureaucracy that apparently still believes - notwithstanding all the evidence of recent decades - 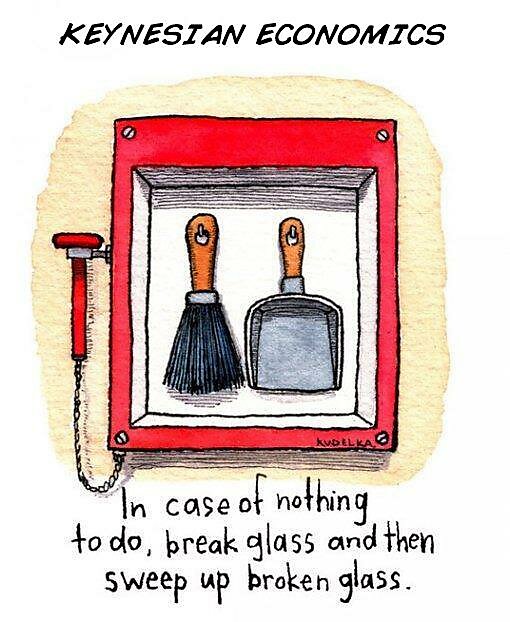 in the primitive Keynesian view that a larger burden of government spending is somehow good for economic growth and job creation.

I've previously written about CBO's fairy-tale views on fiscal policy, but wondered whether a new GOP-appointed director would make a difference. And I thought there were signs of progress in CBO's recent analysis of the economic impact of Obamacare.

But the bureaucracy just released its estimates of what would happen if the spending caps in the Budget Control Act (BCA) were eviscerated to enable more federal spending. And CBO's analysis was such a throwback to the 1970s that it should have been released by a guy in a leisure suit driving a Ford Pinto blaring disco music.

Here's what the bureaucrats said would happen to spending if the BCA spending caps for 2016 and 2017 were eliminated.

And here's CBO's estimate of the economic impact of more Washington spending. 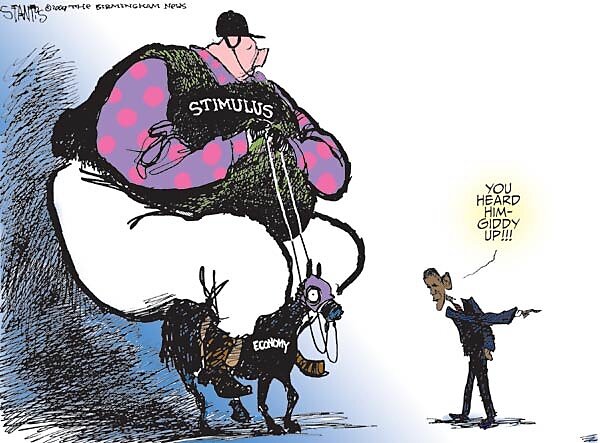 It didn’t work for Japan in the 1990s. And it hasn’t worked this century for either Bush or Obama. Or Russia and China.

And if Keynesianism is right, then why did the economy do better after the sequester when the Obama Administration said that automatic spending cuts would dampen growth?

To be fair, maybe CBO wasn't actually embracing Keynesian primitivism. Perhaps the bureaucrats were simply making the point that there might be an adjustment period in the economy as labor and capital get reallocated to more productive uses.

...there are cases where the economy does hit a short-run speed bump when the public sector is pruned. Simply stated, there will be transitional costs when the burden of public spending is reduced. Only in economics textbooks is it possible to seamlessly and immediately reallocate resources.

But CBO doesn't base its estimates on short-run readjustment costs. The references to "aggregate demand" show the bureaucracy's work is based on unalloyed Keynesianism.

But only in the short run.

CBO's anti-empirical faith in the magical powers of Keynesianism in the short run is matched by a knee-jerk belief that government borrowing is the main threat to the economy's long-run performance.

...the resulting increases in federal deficits would, in the longer term, make the nation’s output and income lower than they would be otherwise.

Sigh. Red ink isn't a good thing, but CBO is very misguided about the importance of deficits compared to other variables.

After all, if deficits really drive the economy, that implies we could maximize growth with 100 percent tax rates (or, if the Joint Committee on Taxation has learned from its mistakes, by setting tax rates at the revenue-maximizing level).

This obviously isn't true. What really matters for long-run prosperity is limiting the size and scope of government. 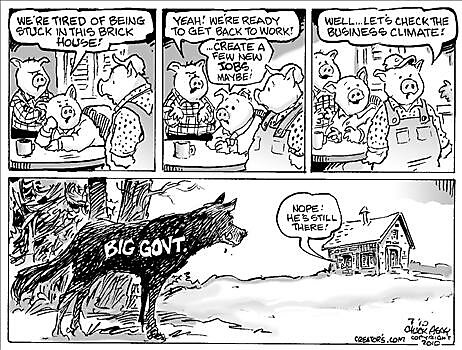 Once the growth-maximizing size of government is determined, then lawmakers should seek to finance that public sector with a tax system that minimizes penalties on work, saving, investment, risk-taking, and entrepreneurship.

Remarkably, even international bureaucracies such as the World Bank and European Central Bank seem to understand that big government stifles prosperity. But I won't hold my breath waiting for the 1970s-oriented CBO to catch up with 21st-century research.

P.P.S. If you want to be informed and entertained, here’s the famous video showing the Keynes vs. Hayek rap contest, followed by the equally clever sequel, which features a boxing match between Keynes and Hayek. And even though it’s not the right time of year, here’s the satirical commercial for Keynesian Christmas carols.